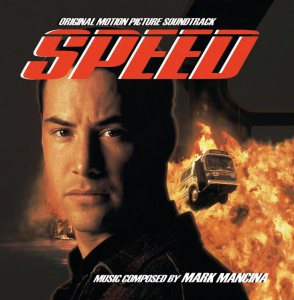 While there's a month to go before La-La Land releases the expanded soundtrack to Hook, they've got three great releases available to buy today - including their 200th title!

First up is a reissue of Jerry Fielding's score to the cult classic The Mechanic, with Charles Bronson as the efficient hitman who takes the son of a recent contracted kill under his wing. Save a few audio tweaks, title changes and changes in sequence, this disc features the same material from Intrada's long out-of-print 2007 release of the score, and the 1,200-unit pressing is intended to connect more fans who missed out the first time with the soundtrack.

Next, it's Jennifer 8, a 1992 thriller starring Andy Garcia as an L.A. cop investigating a string of brutal murders in a small California town. Christopher Young, who wrote scores for the Nightmare on Elm Street, Hellraiser and Spider-Man series, expands his score - one that put him in the upper tier of film composers - for this set, but the real treat is a bonus disc featuring an unreleased original score from composer Maurice Jarre, who composed a good portion of music for the film before being replaced by Young. The double-disc set is limited to 2,000 units.

The 200th release is hurdling your way after the jump!

La-La Land's 200th set is an expanded edition of the score to the hit action film Speed by Mark Mancina. Jan de Bont's smash directorial debut is a Die Hard-esque romp through the streets of L.A., with Keanu Reeves and Sandra Bullock attempting to keep passengers safe on a city bus that's been rigged by a madman (Dennis Hopper) with a bomb that will detonate should the bus drop below 50 miles per hour. Mancina's high-octane score set the tone for action film music throughout the 1990s, and it marked the first of several excellent collaborations with de Bont, including 1996's Twister and 1997's Speed 2: Cruise Control. As an added bonus, this 3,000-unit set includes the end title song "Speed," performed by Billy Idol.

All three are available to order now, with special sales going on in honor of Speed that you can check out here.

Portions of Disc 1 previously released on RCA/Milan 66120-2, 1992. All tracks on Disc 2 previously unreleased.