Music Club Deluxe Go Back to the '80s with 2CD Sets from Yazoo, Duran Duran 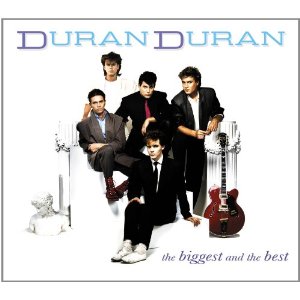 Our coverage of Music Club Deluxe's eclectic double-disc budget sets in England takes us to two such titles by favorite synth-oriented pop/rockers of the 1980s: Duran Duran and Yazoo.

Birmingham's "Fab Five," the MTV-conquering quintet-turned-trio of the decade, and the short-lived but much-loved duo of big-voiced Alison Moyet and synth whiz Vince Clarke, will each get their own entries on the Music Club Deluxe label, focusing on an unusual, non-chronological mix of hit singles, choice album cuts and semi-rare B-sides and remixes.

Duran's The Biggest and the Best! covers all bases from 1981's self-titled debut to 1988's house-oriented Big Thing, getting every single in that time frame on the set (including the non-LP version of "My Own Way" released ahead of Rio (1982) and the non-LP mash-up "Burning the Ground," commissioned to promote the band's 1989 compilation Decade. While the label has not nailed down many of the sources, it's a safe bet the tunes herein are the most familiar masters we all know and love, be they album versions like "Girls on Film" or "Planet Earth" or internationally-known mixes/edits as for "The Reflex," "I Don't Want Your Love" and others. While the non-chronological order might be headache-inducing for some, those who want to take a deeper look into Duran than current compilations (but not as deep as, say, singles boxes and expanded album reissues) might want to have a look at this one. 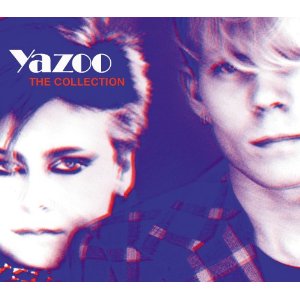 Then there's Yazoo's The Collection. It contains about everything that made them icons of the synthpop genre, including singles "Don't Go," "Only You" and "The Other Side of Love," album cuts from the band's two albums Upstairs at Eric's and You and Me Both and, of course, those famed B-sides "State Farm" and "Situation," the latter one of their most recognized tunes in the United States. Rarities include three vintage extended mixes, two tunes from a 1999 compilation (including a new mix of "Only You") and four tracks from the 2008 Reconnected EP, commissioned to promote the great In Your Room box set and Moyet and Clarke's subsequent reunion tour.

Both titles are out in the U.K. on September 10. Hit the jump for previews of each!