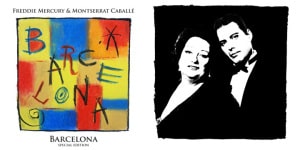 The Queen frontman’s final solo effort – an ambitious collaboration with a Spanish opera legend – has been given new life on CD, with its original synth instrumentation fully fleshed out by an orchestra. A super deluxe box includes scores of audiovisual extras, and the newly-orchestrated album is also available on vinyl.

A special CD/DVD edition of this classic metal album includes studio and live bonus tracks (including the original bonus tracks from the 2001 reissue) and the band’s 1983 performance at the US Festival for the first time on video.

The week’s BBR slate includes an underrated 1972 Philly soul classic (with the fantastic soul smash “Me and Mrs. Jones”) and a hit pop crossover for Dionne Warwick, produced by none other than Barry Manilow. Bonus tracks on each include single edits, and in the case of Billy Paul, one live cut.

Two new compilations from the venerable U.K. label: one spotlighting the songwriters known for Monkees classics from the TV series theme to “Last Train to Clarksville” (but a disc featuring, naturally, some more esoteric recordings alongside notable tracks like Jay & The Americans’ “Come a Little Bit Closer” and recordings by Del Shannon and The Shangri-La’s); and another generous disc of 24 hits that were notably covered by one of the most influential punk bands ever. 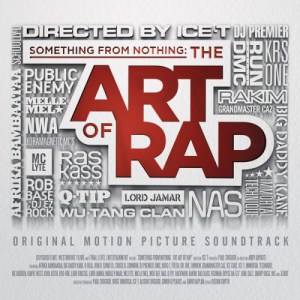 Various Artists, Something from Nothing: The Art of Rap – Original Motion Picture Soundtrack (Legacy)

Out on CD after a short time as a digital-only title, this soundtrack to a new documentary from rapper Ice-T features classic rap cuts from the 80s and ’90s and some newly recorded freestyles from legends of the genre. 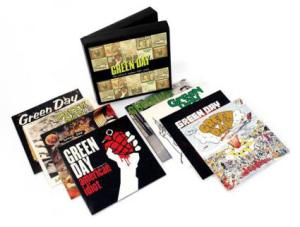 Available in the U.S. through Best Buy, this simple box consists all of the band’s proper studio albums in one set.