Much to enjoy from Real Gone today: four discs of live Dead, deluxe editions from beloved songwriter/poet Rod McKuen, Freddie King’s A’s and B’s for King and Federal and Cat Mother and The All Night Newsboys’ The Street Giveth…, produced by Jimi Hendrix. 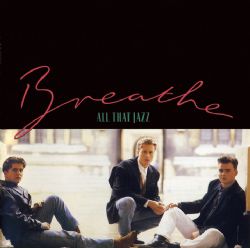 The underrated, dreamy debut album that spawned some major international hits in “Hands to Heaven” and “How Can I Fall” is expanded by Cherry Pop as a two-disc set with many B-sides and remixes. Check back later this week for a special interview with Vinny Vero, the veteran compilation producer/remixer who produced this reissue! (Amazon U.K. / Amazon U.S.)

A brand-new Kirsty MacColl compilation (Amazon U.K. / Amazon U.S.), featuring many of her non-LP singles. An Amazon U.K. edition features exclusive art cards and a DVD of music videos along with the standard package.

Various Artists, Born to Be Together: The Songs of Barry Mann & Cynthia Weil (Ace)

From Ace comes a nice tribute to one of the best songwriting duos of the century. Features hits like “We Gotta Get Out of This Place,” “On Broadway” and “You’ve Lost That Lovin’ Feelin’.” (Amazon U.K. / Amazon U.S.)

However you can try to explain why the living stage legend’s two ’60s solo LPs are only now coming out on CD as a two-for-one package, they’re here for your enjoyment! (Amazon U.S. / Amazon U.K.)