The guitar god’s ’90s comeback was done on an acoustic. The Grammy-winning, best-selling album and the acclaimed episode of MTV Unplugged from which it was taken are paired up and considerably expanded, more than two decades later. (Amazon U.S. / Amazon U.K.)

Holy crumbs, this 21CD/1DVD/2BD set is a massive tribute to King Crimson’s Red album, including new stereo and surround mixes of the album and 16 soundboard-quality live sets in a box that puts the deluxe edition concept in its place. (Amazon U.S. / Amazon U.K.) 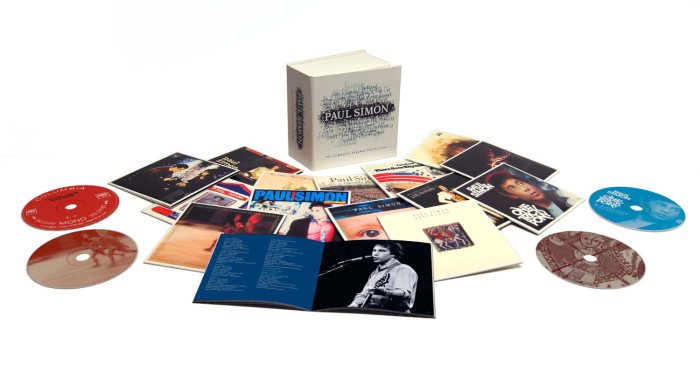 Paul Simon, The Complete Albums Collection / Over the Bridge of Time: A Retrospective (1964-2011) (Legacy)

American tunes shine on both this exhaustive box set of Simon’s solo career, featuring expanded editions of all of his studio albums (including the U.K.-only The Paul Simon Song Book from 1964 and both Rhino and Legacy-era bonus tracks on Graceland), as well as the double-live Paul Simon’s Concert in the Park and 2011’s acclaimed So Beautiful or So What. A single-disc compilation boils his career down to its basest elements, from Simon & Garfunkel to the present.

One of only two releases in the short but incredible lifetime of this New Orleans pianist, the man who mentored Dr. John and Harry Connick, Jr. is the focus of a new documentary – and this, his last proper studio album, is greatly expanded and remixed for a new generation to enjoy.

The legendary dance quartet’s first album gets expanded with a DVD of rare performances and a host of even rarer pre-ABBA songs. (Amazon U.S. / Amazon U.K.)

Another wave of the ol’ reliable series from Legacy. Key points: rare original single mixes abound on Basia, Deborah Cox, Taylor Dayne and Exposé’s volumes; Hendrix’s is a converted version of the famed Smash Hits compilation, and Partridge fans will enjoy the first-ever release of “Breaking Up is Hard to Do” in stereo. All Amazon U.S. links are posted above!