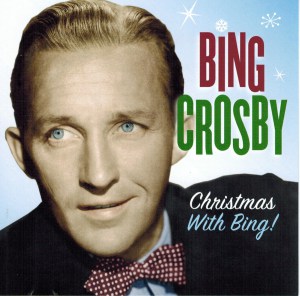 Occasionally the aisles of your local grocery or big-box store turn up releases you won’t find even in your local indie music store.  Such is the case with a recent batch of holiday-themed titles from Sony Commercial Music Group.  Just in time for Christmas ’13, CMG has unveiled a number of holiday compilations – and a handful of straight album reissues – for fans of classic pop (Bing Crosby, Patti Page), country (B.J. Thomas, Buck Owens, Roy Clark), rock-and-roll (Elvis Presley) and R&B (James Brown, and latter-day incarnations of The Drifters, The Platters, The Miracles and Harold Melvin and the Blue Notes).  As you'll see, there are some buried treasures to be discovered here.

Bing Crosby Enterprises has released a number of projects in recent years featuring ultra-rare Crosby tracks from the late legend’s archives, and the new Christmas with Bing! is no exception.  This release follows other recent, unique seasonal collections like 2011’s Bing Crosby Christmas from Sonoma Entertainment and South Bay Music and Christmas Favorites from Somerset Entertainment. Produced by Robert S. Bader, the compilation offers 14 tracks including a few reprised from the indispensable Crosby Christmas Sessions (Collectors’ Choice Music, 2010).  Three duets are sprinkled in among vintage singles and rare radio performances, including Ella Fitzgerald on “A Marshmallow World,” Bing’s widow Kathryn Crosby on “Away in a Manger,” and David Bowie on, of course, “The Little Drummer Boy/Peace on Earth.”   Real Gone Music has recently reissued the late Patti Page’s 1955 Mercury release Christmas with Patti Page; now CMG has delivered the singer’s 1965 Columbia set of the same name which featured re-recordings of some of the earlier album’s music plus new holiday songs.  The Columbia Christmas with Patti Page includes such favorites as “Silver Bells,” “Santa Claus is Coming to Town,” “Christmas Bells” and “Pretty Snowflakes.” 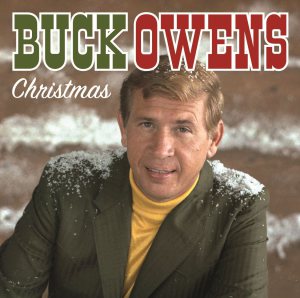 The late Bakersfield, California country hero Buck Owens has been in the spotlight for much of 2013 thanks to Omnivore Recordings’ stellar release program and the release of his autobiography Buck ‘Em!.  CMG’s Christmas with Buck Owens, produced by Rob Santos and licensed directly from Owens’ estate, includes twelve originals from Owens and his Buckaroos, including “Santa Looked a Lot Like Daddy,” “Santa’s Gonna Come in a Stagecoach” and a still-relevant lament about “Christmas Shopping.”  Its eleven tracks sample Owens’ Capitol long-players Christmas with Buck Owens and His Buckaroos (1965) and Christmas Shopping (1968).  Buck’s Hee-Haw co-host and compatriot Roy Clark also gets a holiday overview with A Christmas Collection, produced by Doug Wygal.  Its fifteen tracks including such classics as “Let It Snow! Let It Snow! Let It Snow!,” “Home for the Holidays” and “White Christmas” have all been licensed from Grand Ole Opry member Clark. 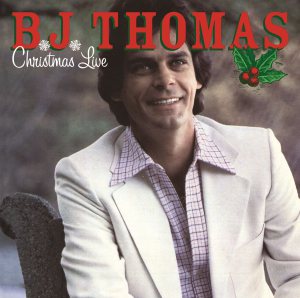 Sony collects twelve Christmas tunes from Lee Greenwood ("God Bless the U.S.A.") on Christmas, licensed from Cleopatra Records.  As well as "Tennessee Christmas" and "Lone Star Christmas," Greenwood sings traditional classics from "The Little Drummer Boy" to "White Christmas."  For years, B.J. Thomas has successfully walked the line between country and pop, and he showcases his still-strong voice on his enjoyable Christmas Live set.  This collection, licensed from Cleopatra and of mid-2000s vintage, features twelve live Christmas songs from the “Raindrops Keep Falling on My Head” man, including “The Christmas Song,” “Rudolph the Red-Nosed Reindeer” and “Tennessee Christmas.”  A longer version of the concert, with some non-holiday material, can be obtained on CD-R from Goldenlane Records as Hooked on Christmas or on DVD from Video Music as B.J. Thomas’ Christmas.

B.J. shared some of his repertoire, such as “Suspicious Minds” and “I Just Can’t Help Believin’,” with Elvis Presley.  Twelve of the King’s Christmas staples are represented on Merry Christmas...Love Elvis, produced by Jeff James and Lisa Grauso and remastered by Tom Ruff.  The compilation is drawn from Elvis’ 1957 and 1971 Christmas albums plus the 1966 single “If Every Day Was Like Christmas.  On the classic rock front, CMG also offers up a reissue of Ann and Nancy Wilson's A Lovemongers' Christmas.  Originally released in 1998 as The Lovemongers' Here is Christmas, credited to the Wilsons' Heart side project, it's since been reissued under the official Heart name.  This edition contains the two bonus tracks that did not appear in 1998 but have been added to subsequent reissues, Patty Griffin's "Mary" and Ann Wilson and Sue Ennis' "Let's Stay In."

After the jump: we have the scoop on the soulful titles in this series, plus full track listings and pre-order links for all releases, plus discographical information where available!

This group of Christmas releases is rounded out by five more R&B titles from the Cleopatra Records catalogue.  James Brown’s It’s a Funky Christmas is a reissue of the Godfather of Soul’s The Merry Christmas Album from 1999, and features a remake of “Funky Christmas” alongside “Clean for Christmas,” “Don’t Forget the Poor at Christmas,” and “Not Just Another Holiday.” 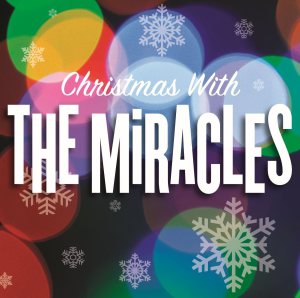 Four more titles spotlight classic vocal groups in their late-period incarnations.  (Alas, no discographical information, recording personnel or dates of recording are included on these budget-priced releases, though we’ve done our best to fill in some information below.)  Christmas with the Miracles includes the post-Smokey Robinson group’s renditions of standards such as “White Christmas” and “Let It Snow” along with traditional hymns such as “Silent Night” and “O Holy Night.”  Likewise, Christmas with the Drifters has a similar blend of material but widens the net to include versions of Charles Brown’s “Please Come Home for Christmas,” The Beach Boys’ “Little Saint Nick” and the Gamble/Huff classic “Christmas Ain’t Christmas (Without the One You Love).”  Christmas with the Platters features a standard line-up of tunes like “Here Comes Santa Claus,” “I Saw Mommy Kissing Santa Claus” and “Joy to the World.”  Lastly, Christmas with Harold Melvin and the Blue Notes features a late, post-Teddy Pendergrass line-up of the Philly soul vocal group on songs both secular (“Jingle Bell Rock,” “Santa Claus is Coming to Town”) and spiritual (“Hark! The Herald Angels Sing,” “O Holy Night”).  Melvin died in 1997 at the age of 57, and it appears these tracks have been in circulation since at least the early 2000s, if not earlier.

All of these titles are available for order now at the links below! Tracks have been previously released.

All tracks except Tracks 3 & 10 previously released on Christmas with Harold Melvin and the Blue Notes, St. Clair CD, 2003

All tracks previously appeared on Christmas with the Miracles, BCI/Eclipse CD 78736 40098-2, 2001 and similarly-titled releases