The gentle guitars of a bossa nova band and the blazing guns of the American West don’t seem to have much in common on the surface. Yet the sun-drenched music of Brazil and the dramatic landscape of the American West both have their own distinct mythologies. And as the 1960s dawned, both bossa nova and western music swept the pop charts. Cherry Red’s Él label is celebrating these two very different styles with a pair of new anthologies. Festival of Bossa Nova is a primer on the early days of

END_OF_DOCUMENT_TOKEN_TO_BE_REPLACED 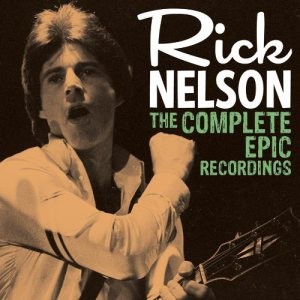 Mark Lindsay, The Complete Columbia Singles (Real Gone) Joe calls this collection of the Paul Revere and The Raiders frontman's solo single sides "one of (Real Gone's) finest and most consistently enjoyable releases to date." If that doesn't get your catalogue muscles moving, it may be time to check your pulse! Clannad, Timeless / The Essential Clannad (RCA/Legacy) Alternately given both titles (the package has the latter while the sticker atop the disc has the former), this double-disc

END_OF_DOCUMENT_TOKEN_TO_BE_REPLACED

With another month comes another slate of rare music on both CD and vinyl from one of the real up-and-comers in the reissue biz, Real Gone Music!  The label’s February centerpieces just might be Rick Nelson’s The Complete Epic Recordings and Mark Lindsay’s The Complete Columbia Singles, but those two releases are being joined by titles from Sean (T.S.) Bonniwell, McGough and McGear, Eddie Hazel and the girls of Jerry Leiber and Mike Stoller’s Red Bird label on CD, plus Hank Thompson on vinyl!

END_OF_DOCUMENT_TOKEN_TO_BE_REPLACED

When James Burton was inducted into the Rock and Roll Hall of Fame in 2001, no less a legend than Keith Richards delivered his induction speech.  Richards was just one of the many guitarists influenced over the years by Burton, a talent whose C.V. boasts names like Rick Nelson, Johnny Cash, Merle Haggard, Elvis Costello, Roy Orbison, Jerry Lee Lewis, Joni Mitchell, John Denver, and oh yeah, Elvis Presley.  Burton’s talent has transcended genre and classification, and at the age of 72, he

END_OF_DOCUMENT_TOKEN_TO_BE_REPLACED

Britain's Ace family of labels is kicking off 2011 in a big way! Mike filled you in Tuesday about Kent's upcoming I'll Do Anything: The Doris Troy Anthology 1960-1996, and today we turn the spotlight on three more releases due in the U.K. on January 31. Jackie DeShannon remains one of the most beloved voices of the 1960s. DeShannon not only broke barriers as a rare female songwriter in an era when it simply wasn't common, but she was equally comfortable in front of the microphone as a

END_OF_DOCUMENT_TOKEN_TO_BE_REPLACED

A hat tip to MusicTAP for pointing this one out: Bear Family, the inimitable German catalogue label specializing in reissues from the early days of rock, is issuing the last in a series of career-spanning box sets from the late, great Rick Nelson. In 1957, Ricky Nelson, the heartthrob co-star of The Adventures of Ozzie and Harriet (which starred his parents), began to develop a rock 'n' roll career that thrived throughout the rest of the decade. Next to Elvis Presley and Pat Boone, there was no