END_OF_DOCUMENT_TOKEN_TO_BE_REPLACED

"I had the unique pleasure of knowing Phil Everly as a kid and the honor of getting to know Don Everly a bit this year as we prepared this compilation," writes Adria Petty in the liner notes to The Everly Brothers' new collection, Hey Doll Baby.  As Tom Petty's daughter, Adria was a first-hand witness to rock and roll history, and that experience has informed her curation of this 17-track compendium.  Hey Doll Baby was first issued by Warner Records on vinyl in April for Record Store Day as a

END_OF_DOCUMENT_TOKEN_TO_BE_REPLACED

Rhino is bringing out the heavy hitters for its Record Store Day lineup of releases, all of which are due on Saturday, April 23 at independent record stores everywhere.  We've already filled you in on the pair of David Bowie titles coming to both CD and LP, but Rhino also has vinyl offerings from music legends including Joni Mitchell, Madonna, Willie Nelson, Stevie Nicks, and The Everly Brothers as well as such beloved bands as America, Bad Company, Blur, Chicago, The Doors, Grateful Dead,

END_OF_DOCUMENT_TOKEN_TO_BE_REPLACED

While The Second Disc prides itself on connecting people to reissues and box sets they can keep on their shelves, it's no secret that listening audiences are also digital - catalogue music lovers, too - and our passion is connecting people to music from the past that they might adore. So we've introduced a new feature: The Weekend Stream, which focuses on hidden gems that recently made it to digital channels that might make your playlists a little brighter! Aaliyah, Aaliyah

END_OF_DOCUMENT_TOKEN_TO_BE_REPLACED

Ace Records' two most recent entries in its Songwriter Series of collections both spotlight artists who bucked tradition to forge their own paths at the end of the 1960s and the dawn of the 1970s: Leon Russell and Kris Kristofferson. As we wrote upon his passing in 2016 at the age of 74, Leon Russell was an extraordinary talent unlike any other:  A true renaissance man and an extraordinary talent as composer, musician, arranger, producer, and artist, The Master of Space and Time led many

END_OF_DOCUMENT_TOKEN_TO_BE_REPLACED

Brothers Don and Phil Everly successfully straddled the line between country and rock-and-roll (with a healthy dollop of R&B) beginning with their first hit record, 1957's "Bye Bye Love."  Still an oldies-radio staple today, the Felice and Boudleaux Bryant classic began a long stretch of successes for the duo.  Archie Bleyer, of Cadence Records, signed the boys in February 1957 and was keenly aware of their potential to appeal to both teenaged and adult markets.  At his behest, the Everlys

END_OF_DOCUMENT_TOKEN_TO_BE_REPLACED

Cherry Red has proven once again that between all their subsidiary labels, they are a haven for diverse and excellent reissues.  In the past few months, their RPM label has announced an extensive, 3-CD collection of The Everly Brothers' genre-expanding mid-'60s recordings, while Esoteric is set to release a 4-CD reissue of Renaissance's Turn of the Cards and a 3-CD/DVD box of Jim Capaldi's solo work late of Traffic. Out now in the U.K. and available this Friday in North America is the most

END_OF_DOCUMENT_TOKEN_TO_BE_REPLACED

Johnny Cash is coming to town (again)! When the legendary Man in Black was unceremoniously dropped by his longtime home of Columbia Records in mid-1986 - "the hardest decision I've ever had to make in my life," opined then-label chief Rick Blackburn - he wasn't yet finished. Mercury Records stepped up to sign Cash, beginning a relationship that lasted for five years and six albums. Now, that fertile 1986-1991 period of rebirth is being revisited by Mercury and UMe in a multi-platform

END_OF_DOCUMENT_TOKEN_TO_BE_REPLACED

Along with Buck Owens - with whom he shared a musical history and a wife - Merle Haggard (1937-2016) defined The Bakersfield Sound of country music: authentic, raw, rooted in honky-tonks.  But unlike the Texas-born and Arizona-raised Owens, Haggard was actually born in Bakersfield and raised just across the river from that California town.  "Hag," as he preferred to be known, rocketed to superstardom thanks to "Okie from Muskogee," his controversial 1969 song that was either a scathing

END_OF_DOCUMENT_TOKEN_TO_BE_REPLACED

Elvis and Dino took on hypocrisy.  Dion lamented the senseless deaths of Abraham, Martin, and John.  Johnny "Poetry in Motion" Tillotson cast a spotlight on the poor treatment of veterans returned home from war.  Bing Crosby wondered "What Do We Do with the World" and Paul Anka observed that "This crazy world has come undone."  Such are the moments captured on Ace's thoroughly captivating new collection Bob Stanley and Pete Wiggs Present State of the Union: The American Dream in Crisis

END_OF_DOCUMENT_TOKEN_TO_BE_REPLACED

The Everly Brothers' contribution to American popular song can hardly be overestimated. With hits like "Bye Bye Love," "Wake Up, Little Susie" and "When Will I Be Loved," brothers Don and Phil merged classic country and rock-and-roll into an influential whole, while their longing, ethereal vocal blend on "All I Have to Do is Dream" established them as timeless balladeers. At the beating heart of The Everly Brothers' sound was their deep respect for the music of the land, the rough-and-tumble,

END_OF_DOCUMENT_TOKEN_TO_BE_REPLACED

Since September 25, 1979, there hasn't been a day when an Andrew Lloyd Webber melody hasn't been heard on Broadway.  That was the opening night of Lloyd Webber and Tim Rice's Evita.  Before it ended its run in June 1983, Lloyd Webber's musical Cats had opened, launching a record-breaking run through September 2000.  But on January 26, 1988, the show opened which would eclipse them all: Phantom of the Opera.  It today celebrates 30 years (marked with a special gala earlier this week) and is

END_OF_DOCUMENT_TOKEN_TO_BE_REPLACED

If you’re looking for Zombies on Record Store Day – and we’re not talking about The Walking Dead, either! – Varese Sarabande’s line-up for the April 18 event is just for you!  Besides a treat from the British rockers, the label is also offering up vintage rock-and-roll from The Everly Brothers, girl-group pop courtesy The Dixie Cups, a rare soundtrack from Sir Paul McCartney, and more! Straight from the label’s press release, here’s the lowdown on each release you can expect at your local

END_OF_DOCUMENT_TOKEN_TO_BE_REPLACED

When The Everly Brothers joined RCA Victor in 1972, their place in the popular music firmament was already all but assured. Their string of hits for the Cadence label beautifully fused tight, ethereal country harmonies with a rock and roll spirit, from 1957’s “Bye Bye Love” (U.S. No. 2) onward. When Don and Phil joined the Warner Bros. roster in 1960, they scored another smash right out of the gate with the chart-topping “Cathy’s Clown,” but by the late sixties, the hit singles had dried up.

END_OF_DOCUMENT_TOKEN_TO_BE_REPLACED

When Phil Everly passed away earlier this year, his legacy was celebrated by both those who knew him and those who were influenced by him. Chanteuse Norah Jones commented, “The high harmonies Phil sang were so fluid and beautiful and always sound effortless in a way that just washes over the listener.” Jones’ partner on the tribute album Foreverly, Billie Joe Armstrong, wrote, “Those harmonies will live on forever.” Iggy Pop observed, “The Everlys were the real deal when it comes to American

END_OF_DOCUMENT_TOKEN_TO_BE_REPLACED

UPDATED 4/15: It’s the time of the season for Varese Sarabande’s Vintage imprint.  The label has recently announced its four limited edition vinyl offerings for this April 19’s Record Store Day, with two LPs from The Zombies plus goodies from The Everly Brothers, and Norman Greenbaum.  We also have details on the label's vinyl Genesis reissue coming later this year. Initially rejected by Clive Davis and then championed by Al Kooper, The Zombies’ 1968 Odessey and Oracle remains the British

END_OF_DOCUMENT_TOKEN_TO_BE_REPLACED

With April 19's Record Store Day a little more than a week away, it might be time to start making those checklists! We've already filled you in on exciting releases from Legacy Recordings, Real Gone Music, Sundazed, Omnivore Recordings, Varese Sarabande and many others, but today it's all about Rhino! The Warner Music Group catalogue arm has a bumper crop of more than 25 exclusive offerings from some of the biggest names classic rock, vintage R&B and beyond - including The Doors, Grateful

END_OF_DOCUMENT_TOKEN_TO_BE_REPLACED

Just click the banner above to find out if you're a winner!

END_OF_DOCUMENT_TOKEN_TO_BE_REPLACED

Songwriter, manager, A&R man, producer, director, impresario, diehard L.A. Lakers fan – in his eighty years, Lou Adler has worn all of those labels proudly.  It’s hard to believe that the same man behind The Rocky Horror Show – both on stage and on screen – and Cheech and Chong’s Up in Smoke also helmed one of the most successful records ever in Carole King’s Tapestry, or that the same man penned a bona fide standard in Sam Cooke’s “Wonderful World.”  But much of Lou Adler’s extraordinary

END_OF_DOCUMENT_TOKEN_TO_BE_REPLACED

Today, 1619 Broadway in the heart of New York City’s theatre district doesn’t particularly stand out. Despite the building’s ornate façade, 1619 appears to be just another office building on a busy thoroughfare populated with every kind of attention-grabbing signage.  But this building – along with its neighbor to the north, 1650 Broadway – is as much a part of rock and roll history as Sun Studios or Abbey Road.  1650 is the one and only Brill Building, incubator to some of the finest songs in

END_OF_DOCUMENT_TOKEN_TO_BE_REPLACED

Though best known for its definitive box sets spanning careers or large swaths of them, Germany’s historically-minded Bear Family label also keeps busy with a steady flow of single-disc anthologies, all with the label’s hallmarks of quality.  Three such anthologies have recently arrived from Bear Family, two focusing on The Everly Brothers and one on Paul Anka. Brothers Don and Phil Everly successfully straddled the line between country and rock-and-roll (with a healthy dollop of R&B in

END_OF_DOCUMENT_TOKEN_TO_BE_REPLACED 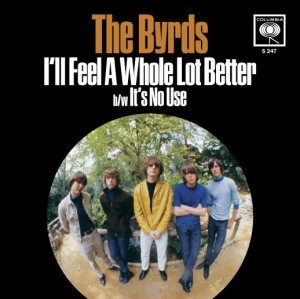 We're just three weeks away from Record Store Day on April 21, and following individual announcements from fantastic labels like Omnivore Recordings, Concord Records, Sundazed Music and Rhino/Warner Bros., we can finally reveal the full line-up of RSD-related goodies! These limited editions, available at independent music retailers across the U.S. and even internationally, are primarily vinyl releases in various formats (7-inch, 10-inch, 12-inch, etc.) and range from replicas of classic albums