Since the beginning of the pandemic in 2020, indie music retailer Bandcamp has waived their share of revenue for indie artists and labels using their platform to give "the little guys" a leg up in the absence of touring and other moneymaking activities for musicians. The result was more music bought by more fans than any day on the site, a record broken on the first Friday of May. The Second Disc has proudly covered Bandcamp Fridays in June, July, August, September, Octoberand November - plus

END_OF_DOCUMENT_TOKEN_TO_BE_REPLACED

A pleasant surprise for fans of The Blue Nile today: following the expansion of the band's first two albums in 2012, Virgin/UMC will expand The Blue Nile's third LP, 1996's Peace At Last, in March with a disc of unreleased material. Having released their last album, Hats, in 1989, the eclectic trio of Paul Buchanan (vocals/guitar/synthesizers), Robert Bell (bass) and Paul Joseph Moore (synthesizers) were finding themselves as in-demand musicians, despite the modest commercial reception of the

END_OF_DOCUMENT_TOKEN_TO_BE_REPLACED 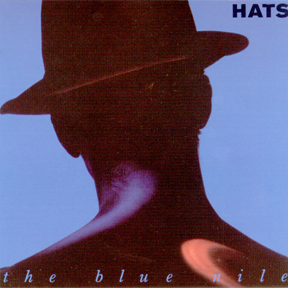 If you've been waiting for expanded remasters from Scottish alternative band The Blue Nile, congratulations! Also, sorry to bear some bad news. The Blue Nile, a trio consisting of non-traditional musicians Paul Buchanan (vocals/guitar/synthesizers), Robert Bell (bass) and Paul Joseph Moore (synthesizers), have an origin story almost as unusual as their musical direction. The group formed their own label, Peppermint Records, to distribute debut single "I Love This Life" in 1981; eventually, RSO