END_OF_DOCUMENT_TOKEN_TO_BE_REPLACED

We couldn't keep our lips sealed when we got the news about the upcoming autobiography from The Go-Go's Kathy Valentine, entitled All I Ever Wanted: A Rock 'n' Roll Memoir.  Due from University of Texas Press on April 9, it's a "roller coaster of sex, drugs, and of course music" beginning in 1980, when Valentine met her future bandmates at The Whisky in LA.  She and the group would go on to become the first multi-platinum-selling all-female band that not only wrote their own songs and played

END_OF_DOCUMENT_TOKEN_TO_BE_REPLACED

Vinyl enthusiasts and fans of Belinda Carlisle have quite the package to look forward to this year, when Edsel releases a vinyl box set edition of her second solo album, 1987's Heaven On Earth, for its 30th anniversary. The former Go-Go's frontwoman hit it big with her first solo single, the Top 5 hit "Mad About You," a year prior in 1986. But Heaven On Earth is what established Carlisle as a solo performer for the '80s and '90s, with three Top 10 hits in the U.S. and the U.K. with the

END_OF_DOCUMENT_TOKEN_TO_BE_REPLACED

Following a successful run of reissues for Belinda Carlisle (including two waves of album expansions, a compilation and a singles box set), Edsel Records is now turning toward the band that first made her famous, planning deluxe editions of all three albums by The Go-Go's in March. Formed in the nascent Los Angeles punk scene and soon crystallizing their sound into the rising tide of New Wave, The Go-Go's--vocalist Carlisle, guitarist/keyboardist Charlotte Caffey, rhythm guitarist Jane

END_OF_DOCUMENT_TOKEN_TO_BE_REPLACED

Following a series of deluxe reissues and a career-spanning box set, Edsel is once again turning to the catalogue of Belinda Carlisle.  A new 29-CD box set has just been announced which collects the songs and edits released in the U.S. and U.K. across her entire solo recording career for IRS, Virgin, Chrysalis and up to the new song from her UMe Icon entry.  Belinda Carlisle: The CD Singles 1986-2014 is due to be released on August 21, 2015. The California-born Carlisle rose to fame as the

END_OF_DOCUMENT_TOKEN_TO_BE_REPLACED 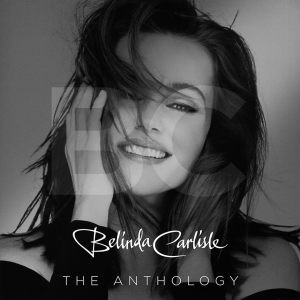 After a series of great expanded CD/DVD reissues, Edsel will release not one but two career-spanning anthologies dedicated to former Go-Go's frontwoman/pop icon Belinda Carlisle. The Anthology collects three CDs and two DVDs worth of hits and rare content from the singer, whose late '80s run of singles included such impressive pop gems as "Mad About You," "Heaven is a Place on Earth," "I Get Weak," "Circle in the Sand" and "Leave a Light On." While Carlisle has been relatively quiet since

END_OF_DOCUMENT_TOKEN_TO_BE_REPLACED

As lead singer of California rock group The Go-Go's, Belinda Carlisle conclusively proved that she, indeed, had the beat.  In her solo career, she applied her powerfully soaring pipes - one minute honeyed, the next smoky - to some of the most iconic pop songs of the era.  Edsel has recently repackaged Carlisle's second through fifth albums as truly deluxe, hardbound 2-CD/1-DVD editions, and they're a nostalgic trip back to the days when power ballads ruled the radio and one singer stood at the

END_OF_DOCUMENT_TOKEN_TO_BE_REPLACED

The Tabu catalogue isn't the only major acquisition of late for the Demon Music Group.  Back in March, Demon - home to labels including Edsel, Harmless and Music Club Deluxe - announced that a deal had been struck for much of the solo catalogue of onetime Go-Go Belinda Carlisle.  Ooh, baby, do you know what that's worth?  Demon picked up rights to four of Carlisle's studio albums, the rights to which had previously resided with Virgin (part of the former EMI).  Demon's agreement covers the

END_OF_DOCUMENT_TOKEN_TO_BE_REPLACED 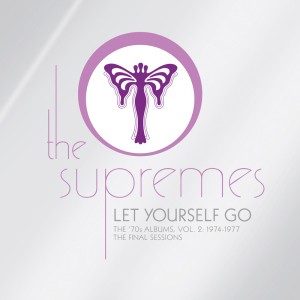 Queen, Queen / Queen II / Sheer Heart Attack / A Night at the Opera / A Day at the Races: Deluxe Editions (Hollywood) No, you're not seeing double. The first batch of 40th anniversary Queen expanded editions, available in the U.K. since March, make their stateside debuts. There's an Amazon-exclusive box with all of them included, too. Dear readers: any big box retailers carrying these? The only one I imagine that is would be Best Buy. (Official site) The Go-Go's, Beauty and the Beat: 30th

END_OF_DOCUMENT_TOKEN_TO_BE_REPLACED 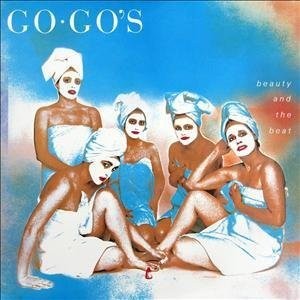 When you think of the canon of rock music, it's largely a man's world, from the most legendary performers to the (theoretically, mostly) male-dominated clique of music geeks. Sure, Elvis and The Beatles wouldn't have gotten anywhere without their screaming female fans, but it took until the early '80s for girls to earn a place in the hierarchy of rock. That glass ceiling was finally shattered with Belinda Carlisle, Jane Wiedlin, Charlotte Caffey, Kathy Valentine and Gina Schock, better known as

END_OF_DOCUMENT_TOKEN_TO_BE_REPLACED

The Go-Go's iconic Beauty and the Beat (1981) will be expanded in May by EMI, reports the band's official site. The band, which recently announced a summer tour to commemorate the 30th anniversary of the chart-topping album (which featured Top 20 single "Our Lips Are Sealed" and No. 2 hit "We Got the Beat"), will see several versions of the album, including a hot-pink vinyl edition and a double-disc set on CD featuring a vintage live set. Loudon Wainwright III's 40 Odd Years box set is due from

END_OF_DOCUMENT_TOKEN_TO_BE_REPLACED

More than 30 years ago, Dave Cameron walked through the halls of Clairemont High School in San Diego. He had a colorful collection of friends: a middle-class, business-oriented guy, his sexually naive sister, her sophisticated best friend, the jock and nerd duo that lusted after the girls and a colorful surfer dude. What none of them knew at the time was that Dave Cameron wasn't really a high school student. He was 22, and had already graduated high school seven years prior, at the age of 15. In