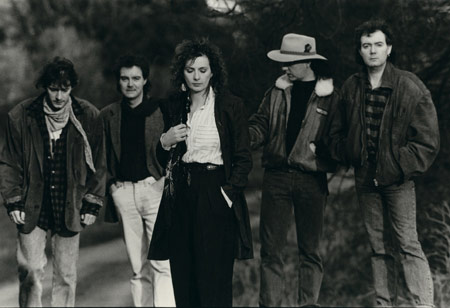 Everyone's going to feel a little Irish on St. Patrick's Day, but this year catalogue enthusiasts have a title to give them a little edge in terms of the country's music: The Essential Clannad, a double-disc set from Irish folk band Clannad.

A family-based quintet, ormed in Gaoth Dobhair, County Donegal (their name is shortened from "An Clann as Dobhair," or "the family from 'Dore") Clannad remain unique in that they are one of the most successful, natively Irish bands in Europe, often singing in native Irish. Such was the case with "Theme from Harry's Game," a Top 5 U.K. hit from a 1982 miniseries about The Troubles. U2 used the recording to open every one of their concerts from the War to The Joshua Tree tours, and Bono would sing on the Top 20 hit "In a Lifetime" in 1985. In fact, many unique voices were drawn to collaborate with the group, including Bruce Hornsby and former Journey frontman Steve Perry.

But the band had been active many years before, releasing their first albums in the mid-1970s. From 1979 to 1980, singer/harpist Máire Ní Bhraonáin's younger sister, Eithne, was bought into the band as a vocalist; years later, she would have success under a different name - Enya.

In the mid-2000s, after years of inactivity, the band returned to performing and will come back this year in a big way, with a new album and tour in the fall and a special concert to be broadcast on PBS for St. Patrick's Day. A few weeks before, on March 6, this new 30-song compilation will hit stores for your listening pleasure. Check out the track list for the set after the jump.