Three complete gospel albums - one of which was never released - and a heap of unreleased material make this one to look out for if you like The Man in Black at his sacred best. 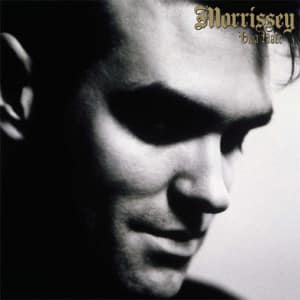 If you can call it that, an expanded edition of Moz's debut album, remastered with one bonus track, one edited track and one excised track.

Elvis Costello & The Imposters, The Return of the Spectacular Spinning Songbook!!! (Hip-O/UMe)

The standalone CD and DVD contents of that box set that everyone rightfully hated, including Costello himself.

Doris Day, With a Smile and a Song (Turner Classic Movies/Sony Masterworks)

Just in time for the legend's birthday! A two-disc set of highlights personally selected by Day, devoted equally to her songs in film and on standalone albums.

Don't you want this expanded edition of the British synthpop band's breakthrough album?

The Smiths, The Smiths / Hatful of Hollow / Meat is Murder / The Queen is Dead / The World Won't Listen / Louder Than Bombs / Strangeways, Here We Come / "Rank" (Sire/Rhino)

The remasters released in that mega box set last year are now available on their own.