The Long and Short of Sparks: Two Compilations Coming from Pop Icons 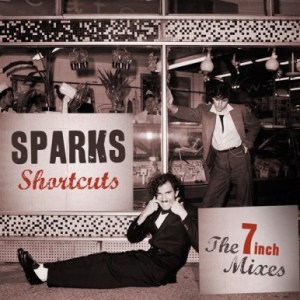 The brothers Mael - Ron and Russell, from Pacific Palisades, California - already had a major round of chart success in the U.K. shortly after forming Sparks in 1972. The single "This Town Ain't Big Enough for the Both of Us" was a No. 2 hit in England in 1974, sending their breakthrough album Kimono My House to the Top 5 overseas. By the end of the '70s, the Maels found themselves back in the States and weary of the rock format they had pursued for years. Their switch to electronic-based music had a strong influence on the burgeoning New Wave scene at the time, thanks in no small part to the production work of Giorgio Moroder, whom the brothers had admired since the release of the Moroder-produced "I Feel Love" by Donna Summer. 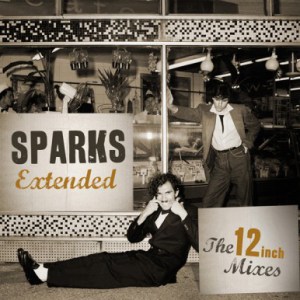 Sparks' and Moroder's first collaboration, 1979's No. 1 in Heaven, yielded the band their last Top 40 singles in the U.K., "The Number One Song in Heaven" and the Top 10 "Beat the Clock." Follow-up album Terminal Jive (1980), produced by Moroder and Harold Faltermeyer, yielded a chart-topping smash in France, "When I'm with You." Sparks later worked with Queen producer Mack on Whomp That Sucker (1981) and Angst in My Pants (1982) and produced themselves on 1983's Sparks in Outer Space, which saw the band earn the first of several respectably-charting U.S. dance hits through the '80s and '90s: "Cool Places," which featured vocals from fan and former Sparks fanclub president Jane Wiedlin of The Go-Go's.

Shortcuts features all international A-sides Sparks released during this period in their original single edits along with a generous helping of B-sides. Extended, by similar design, features every 12" A- or B-side released by Virgin, Atlantic, Ariola, Carrere and Underdog, along with a 1997 extended version of "The Number One Song in Heaven" featuring Jimmy Somerville. Amazon U.S. links will be provided when they go live; 'til then, hit the jump to check out the track lists!