Director Edgar Wright's new film The Sparks Brothers (in theatres now) rewrites the book on music documentaries.  The film about cult band Sparks - a.k.a. brothers Ron and Russell Mael, long more popular in Europe than in the U.S. - doesn't have much in the way of sex, drugs, and rock and roll.  As for what it does have of "rock and roll," it's something altogether more outré, not to mention endlessly inventive. The Sparks Brothers sheds little light on Ron and Russell Mael's personal lives and

END_OF_DOCUMENT_TOKEN_TO_BE_REPLACED

Oh! You Pretty Things: David Bowie's 1971 song became an anthem for the glam era: "Don't you know you're driving your mothers and fathers insane?  Let me make it plain, you gotta make way for the homo superior..."  Bowie's alien persona - androgynous, dangerous, sexy, and flamboyant - connected with youth and caused a stir among their parents.  The song's title has now been adopted by a new 3-CD box set from Cherry Red's Grapefruit imprint.  Alas, "Oh! You Pretty Things" doesn't appear anywhere

END_OF_DOCUMENT_TOKEN_TO_BE_REPLACED

Ron and Russell Mael have always open to musical influences. Over the course of their four-decade career as Sparks, the art-pop legends have traversed genres and influenced generations. The L.A.-based Mael brothers formed their first group, Halfnelson, in 1970 and eventually landed a deal with Bearsville Records. At Bearsville, Todd Rundgren produced their self-titled debut album. Three years later, the band had rechristened themselves Sparks and caught the attention of the music press and a

END_OF_DOCUMENT_TOKEN_TO_BE_REPLACED

Essentially quirky rock heroes Sparks have announced a "tangible object" - a new five-disc, swag-packed box set - for release through Universal Music's U.K. arm in October. New Music for Amnesiacs: The Ultimate Collection collates just about the entire experience of the band founded and fronted by hyperactive frontman Russell Mael and his Chaplin-mustached, scowling keyboard brother Ron. The set spans four discs, starting from the early art-rock of breakthroughs like Kimono My House and U.K.

END_OF_DOCUMENT_TOKEN_TO_BE_REPLACED

The Beach Boys, Japanese 2012 Remasters (EMI) Released last week across the sea, these new Japanese remasters of 12 of the boys of summer's first LPs (spanning from 1963 to 1971 but, alas, incomplete) should be hitting our shores around now. Has anyone had the chance to hear them yet? Roxy Music, The Complete Recordings 1972-1982 (Virgin) This 10-disc set, kicking off a planned 40th anniversary celebration of the iconic New Wave pioneers, features new remasters of the band's first eight

END_OF_DOCUMENT_TOKEN_TO_BE_REPLACED 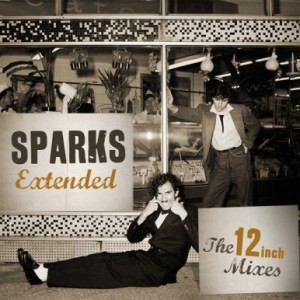 Calling all fans of eclectic rockers Sparks: two compilations are coming from Repertoire Records, both collecting their late '70s and early '80s single output in two different ways. On August 13, the German label will release Shortcuts: The 7 Inch Mixes (1979-1984) and Extended: The 12 Inch Mixes (1979-1984), a pair of two-disc sets chronicling every side released by the group, in every size, on every label the band were signed to around the world. The brothers Mael - Ron and Russell, from