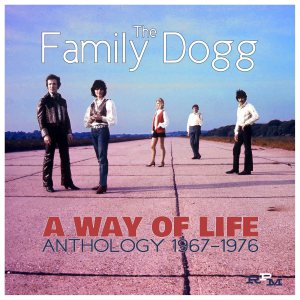 The name of The Family Dogg was resurrected by Rowland in 1976 for a single on Arista with a Randy Edelman A-side, “Uptown Uptempo Woman.”  But by that point, the core trio had moved on: Hammond to solo stardom, Rowland into the A&R field (where he worked with The Cure, The Thompson Twins and others) and Hazlewood as a working songwriter.  Christine Holmes moved into songwriting, too, eventually co-writing “Devil Woman” for Cliff Richard; Irene Sheer had her own Top 5 hit in 1973 – in Germany - with “Goodbye Mama.”