We've already filled you in on the upcoming Record Store Day releases from Legacy Recordings, Rhino, and Real Gone Music, but there's still much more on offer from many of our other favorite labels!  Here's a selection of "the best of the rest" to be released in brick-and-mortar independent record stores on Saturday, April 21!

Baby Huey, The Baby Huey Story: The Living Legend (Run Out Groove) (3,350 copies)
Run Out Groove has a deluxe 2LP set with bonus disc of unreleased instrumentals from Curtom Records' psychedelic soul man (not the oversized Harvey Comics duckling)!  This smoking set has been mastered for vinyl by Chris Bellman, and is packaged with a special Curtom-inspired ROG slipmat! 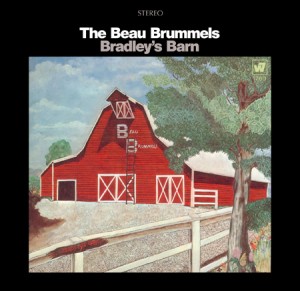 The Beau Brummels, Bradley's Barn: Expanded Edition (Run Out Groove) (3,000 copies)
ROG also is offering a 2LP, multi-colored vinyl set of the Brummels' 1968 country-rock classic with a bonus disc of demos and alternates!  It's all been remastered for vinyl by Pete Weiss!

Beaver and the Trappers, Happiness is Havin'/In Misery (Sundazed/Modern Harmonic) (950 copies)
Leave it to Sundazed to revive the 1966 garage-rock single from TV's The Beaver, a.k.a. Jerry Mathers!  The Beav has even provided new liner notes for this 7-inch single!

Duran Duran, Budokan (Warner Bros.) (2700 copies)
Highlights from the closer of the band's most recent Paper Gods Tour in 2017

The Police, Roxanne (A&M) (2000 copies)
Put on the red light!  Here's a reissue of the band's breakthrough single in a die-cut sleeve.

Adam Sandler, They're All Gonna Laugh At You! (Warner Bros.) (3325 copies)
First time vinyl edition of the comedian's debut album

Tom Waits, Brawlers, Bawlers and Bastards (Anti-) (4500 copies each)
Released together as a 2006 rarities box set, these three 2LP collections (on transparent red, blue and grey vinyl) are now available as individual volumes

The Who, The Kids Are Alright (Geffen) (3000 copies)
2LP red/blue vinyl version of 1979 documentary soundtrack

John Williams, Star Wars: The Last Jedi (Walt Disney) (3500 copies)
From The Maestro's Oscar-nominated score to the eighth film in the Star Wars saga, this 10" vinyl, shaped like one of the lovable Porgs seen in the movie, features "The Rebellion is Reborn" and "Canto Bight" from the original soundtrack.

Neil Young, Tonight's The Night: Live At The Roxy (Reprise) (7500 copies)
Neil Young dips into his archives for the first performance of Tonight's the Night at Los Angeles' Roxy in 1973.  This RSD First 2-LP release adds a special photo print that will not be included in subsequent pressings.