Welcome to this week's Release Round-Up! Dusty Springfield, The Complete Atlantic Singles 1969-1971 (Real Gone Music) (Amazon U.S. / Amazon U.K. / Amazon Canada) The Complete Atlantic Singles 1968-1971brings together Dusty Springfield's 24 U.S. single sides released during her tenure at Atlantic.  These tracks have been remastered from the original mono tapes by Mike Milchner at Sonic Vision, and all but the eight sides pulled from Dusty in Memphis have never before appeared on CD in

END_OF_DOCUMENT_TOKEN_TO_BE_REPLACED

Ready to head back to the dawning of the Age of Aquarius? Hair, from composer Galt MacDermot and librettist-lyricists Gerome Ragni and James Rado, made quite a splash Off-Broadway in 1967, but when it moved uptown under the avant garde direction of Tom O'Horgan, it was an immediate, shocking sensation.  The original Broadway production of "the American tribal love rock musical" would ultimately run for 1,750 performances and inspire three Broadway returns, but the reach of the pro-peace,

END_OF_DOCUMENT_TOKEN_TO_BE_REPLACED

Australia's Playback Records label returned to the scene in 2019 with a pair of new releases and the promise of more to come.  Today, we're looking at those new titles from Curtis Mayfield and Timi Yuro! As a writer, producer, and artist - both solo and with The Impressions - Curtis Mayfield (1942-1999) was one of the foremost exponents of Chicago soul. He penned such favorites as Jan Bradley's "Mama Didn't Lie" and Major Lance's "The Monkey Time," not to mention such Impressions hits as

END_OF_DOCUMENT_TOKEN_TO_BE_REPLACED

Can You Feel the Force? asks the title of Groove Line Records' new compilation of The John Luongo Disco Mixes.  The force is undeniable on this 2-CD, 21-track selection of some of the finest floor-fillers crafted by the Boston DJ-turned-pioneering disco mix master.  Luongo had a vision for disco that extended beyond the expected; hence, this dynamite set mostly drawn from the Sony vaults features an eclectic array of artists from the realms of R&B (The Jacksons. Gladys Knight and the Pips,

END_OF_DOCUMENT_TOKEN_TO_BE_REPLACED

Over the first two volumes of Manhattan Soul, Ace Records' Kent imprint has dug up some of the finest - and indeed, rarest - soul tracks to come out of the Big Apple in the 1960s.  For the third installment of the series, the label has again tapped the vaults of Florence Greenberg's Scepter and Wand Records, plus rival label Musicor, for a definitive chronicle of some of the most urbane R&B of the decade.  Though these outfits were based in New York, productions sometimes came from other

END_OF_DOCUMENT_TOKEN_TO_BE_REPLACED

SoulMusic Records, in association with Cherry Red, has recently launched a series of new 2-CD anthologies designed to give a comprehensive look at one period of an artist's career.  The initial group of releases is dedicated to three artists whose talents span multiple genres - Melba Moore, George Duke, and Ramsey Lewis. Melba Moore's Standing Right Here: the Anthology - The Buddah and Epic Years devotes one disc to each one of those labels.  Moore's first major-label contract was actually

END_OF_DOCUMENT_TOKEN_TO_BE_REPLACED

America, Perspective/In Concert (BGO) Two out-of-print albums from Gerry Beckley and Dewey Bunnell circa 1984 and 1985 are now available as a two-for-one CD from the U.K.’s BGO label!  Read more here. Donny Hathaway, Live + In Performance (Shout! Factory) The Shout! Factory label combines two of the late soul man’s live albums (the first, from 1972, and the second, a posthumous set from 1980) in one package, newly remastered by Steve Hoffman.  Read more here. Elton John vs. Pnau, Good

END_OF_DOCUMENT_TOKEN_TO_BE_REPLACED

And the great soul music just keeps on comin’.  Our friends at Funky Town Grooves have announced quite a slate of dance classics sure to keep your feet moving this May.  The varied line-up has been drawn from the vaults of Sony (CBS, Arista and RCA) and EMI (Capitol) and includes both artists new to the label and returning favorites.  In addition, a number of titles are making their first-ever CD debuts and some editions have been expanded with rare dance mixes.  Intrigued? Ron Banks of The

END_OF_DOCUMENT_TOKEN_TO_BE_REPLACED 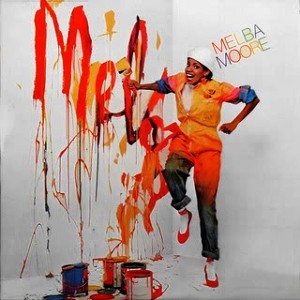 By 1978, Melba Moore had already established herself as a multifaceted musical force. After making her Broadway debut as Dionne ("White Boys") in the original Broadway company of Hair, she picked up a Tony Award in 1970 for her performance in Purlie, where she introduced the showstopping "I Got Love." In 1978, she was starring in New York opposite the legendary Eartha Kitt in Timbuktu! and ready to resume her solo recording career. With stints on the Mercury and Buddah labels behind her, she

END_OF_DOCUMENT_TOKEN_TO_BE_REPLACED

Fans of R&B singer and Tony winning actress Melba Moore have got some good news coming their way: nearly all of her LPs from the '80s are coming out on CD between now and March. Moore, the daughter of jazz bandleader Teddy Hill, rose to prominence on Broadway as a cast member in Hair and won a Tony for Best Featured Actress in a Musical for her role in Purlie in 1970. Five years later, she began a recording career on Buddah and Epic - but it wasn't until the early '80s and a switch to