While The Second Disc prides itself on connecting people to reissues and box sets they can keep on their shelves, it's no secret that listening audiences are also digital - catalogue music lovers, too - and our passion is connecting people to music from the past that they might adore. So we're introducing a new Saturday feature: The Weekend Stream, which focuses on hidden gems that recently made it to digital channels that might make your playlists a little brighter! Train, Drops of Jupiter

END_OF_DOCUMENT_TOKEN_TO_BE_REPLACED

Welcome to this week's Release Round-Up! Andre Kostelanetz and His Orchestra, The Complete Christmas Albums (Second Disc/Real Gone) (Amazon U.S. / Amazon U.K. / Amazon Canada) This comprehensive 2-CD, 43-track set from Second Disc Records and Real Gone Music features all three of the legendary conductor's classic Columbia Christmas LPs - Joy to the World: The Music of Christmas (1959), Wonderland of Christmas (1963), and Wishing You a Merry Christmas (1965), on which he was joined by

END_OF_DOCUMENT_TOKEN_TO_BE_REPLACED

Since their founding in 1993, the San Francisco rock group Train has released ten studio albums and a number of iconic singles, like "Drops of Jupiter," "Hey, Soul Sister," and "Calling All Angels."  On November 9, Train will commemorate 25 years as a band with their first-ever compilation album, simply entitled Greatest Hits. The 17-track album collects tracks from every one of the band's studio albums and includes their latest single, "Call Me Sir."  Exclusive to this set is a brand-new

END_OF_DOCUMENT_TOKEN_TO_BE_REPLACED

Another week, another batch of reissues! Wings, Band on the Run: Special Edition (Concord) After reissues of John Lennon's solo catalogue and the Apple Records discography, another Beatles-oriented campaign kicks off with a new reissue of Band on the Run, Paul McCartney and Wings' classic LP. It's the first of his classic discs to be re-released on Concord, and will be available in a wide variety of formats. (Best of all, it's the first drop in the bucket - an insert inside the sets

END_OF_DOCUMENT_TOKEN_TO_BE_REPLACED 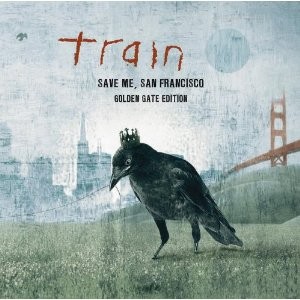 Here's another new feature for your consideration at The Second Disc: reissues of classic albums are the core of our coverage, but we'd be remiss if we didn't mention the other, odder batches of reissues. You know, the ones that come out after a record does alright on its own, to squeeze some more juice from the rinds. It's easier to be more cynical about these sets, but everything deserves its own place. Train, much like Ken Jeong's character on the show Community, is a band that can never