Mike Oldfield was always more than "Tubular Bells." The 59-year-old multi-instrumentalist has continued to put out diverse, challenging music long after his signature tune was released nearly 40 years ago. In recent years, Universal Music Enterprises has done a great job of anthologizing Oldfield's work with expanded editions of his early works for Virgin Records; on August 14, not only will two new deluxe editions be released, but a brand-new career spanning compilation will hit stores as well. 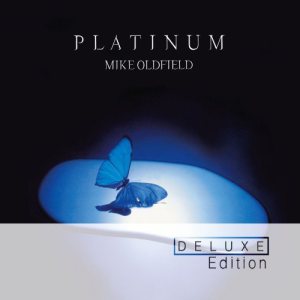 UMe will next expand Platinum and QE2, Oldfield's last album of the 1970s and first of the 1980s, respectively. While Platinum saw Oldfield still pursuing progressive arrangements, as evidenced by the four-part suite on the first half of the record, he also started dabbling in reactions to popular sounds, including a cover of George and Ira Gershwin's standard "I Got Rhythm," the reactionary "Punkadiddle" and others. Oldfield would also have great success with non-LP singles, including disco track "Guilty" and the theme to the long-running British children's program Blue Peter. (In America, Platinum was remixed and resequenced as Airborn.) The expanded Platinum features "Blue Peter" and unreleased versions of parts of the Platinum suite, as well as a live show from London's Wembley Arena in 1980.

Follow-up album QE2 (named for the luxury ocean liner) furthers Oldfield's straddling between prog and pop, with covers of ABBA's "Arrival" and The Shadows' "Wonderful Land" in the mix. This expanded edition also features two non-LP tracks (including the single version of "Wonderful Land"), a new reworking of the album cut "Sheba" and another live disc from the ambitious Adventure Tour in Europe.

You can order all three titles after the jump!