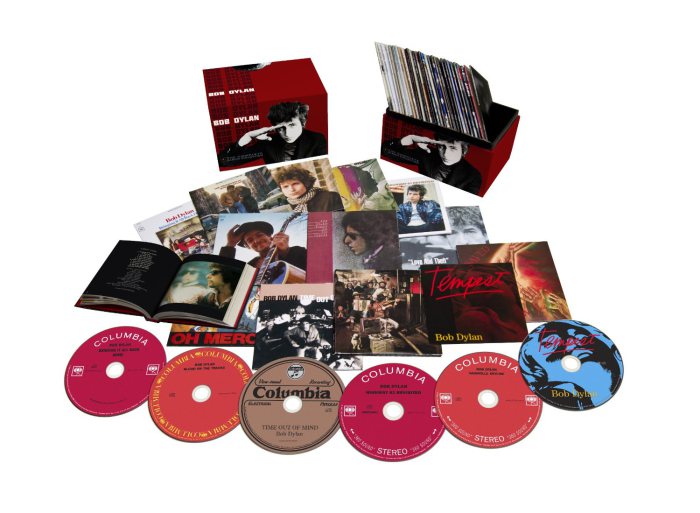 Dylan’s “official” albums discography from 1962 to 2012 is collected on this 47-disc set, featuring studio and live titles, 14 newly remastered albums and a two-disc compilation of non-LP material.

A pristine 1968 unreleased performance by the Experience is newly released on CD and LP; video footage from that same performance is on display in a new American Masters documentary, as well.

Arriving in stores the same day as his posthumous autobiography, this double-disc anthology collects 50 of the Bakersfield giant’s greatest hits and rarities, from several years of solid catalogue projects at the Omnivore label. (Amazon U.S. / Amazon U.K.)

The legendary prog album (from a potential Rock and Roll Hall of Fame inductee) is remixed in stereo and surround by Steven Wilson and expanded with all sorts of audio rarities.