PRE-ORDER FROM SOULMUSIC.COMRoberta Flack's inimitable voice has stirred listeners for over 50 years.  She's had hits in the pop, R&B, and traditional vocal fields; earned six gold records, and achieved a multi-platinum success with Killing Me Softly.  In April, Flack will be honored with a Grammy Lifetime Achievement Award for her lasting creative contributions.  To mark the occasion, SoulMusic.com and Run Out Groove will release a special version of Flack's debut

END_OF_DOCUMENT_TOKEN_TO_BE_REPLACED

Nino Tempo is accurately described as a Purveyor of Balladry on Omnivore Recordings' new compilation dedicated to his Atlantic recordings, but that's just one facet of this all-too-underrated artist.  Over a long career, Tempo has served as a writer, producer, arranger, singer, and (as on this set) musician.  With his sister April Stevens, Tempo enchanted with the breezy "Deep Purple" and shimmering "You'll Be Needing Me Baby," and out-Righteous Brother'ed the Righteous Brothers on "All Strung

END_OF_DOCUMENT_TOKEN_TO_BE_REPLACED

UPDATE (9/26/2013): After initially posting this was to be released in France, we were pleased to receive confirmation that this box, in fact, will be released stateside as well! We have amended the release date and pre-order links accordingly. AMENDED POST (9/23/2013): Several years after a great career-spanning box set from France, Rhino is releasing another new box by the late soul legend Donny Hathaway, with two discs of unreleased studio and live content. Never My Love: The Anthology

END_OF_DOCUMENT_TOKEN_TO_BE_REPLACED

With its latest batch of reissues, including titles from Peabo Bryson and Roberta Flack, Tavares, and Nancy Wilson, Cherry Red's SoulMusic Records imprint can truly be said to cover a wide swath of the soulful spectrum. Duets have long been staples of great R&B.  Marvin Gaye and Tammi Terrell, Roberta Flack and Donny Hathaway, James Ingram and Patti Austin, and Otis Redding and Carla Thomas - just to name a few in the pantheon - all proved that "it takes two."  (That title, in fact, gave

END_OF_DOCUMENT_TOKEN_TO_BE_REPLACED 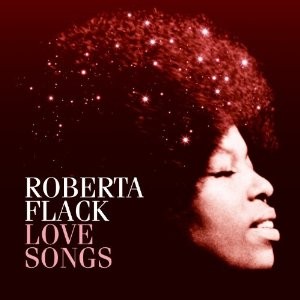 U.K. music fans, do you need some romance in your life? Rhino's got you covered the forthcoming release of Love Songs, a new compilation by Roberta Flack. Flack is, of course, one of the most legendary artists on the Atlantic roster, scoring an impressive run of Top 5 hits (including three chart-toppers) through the 1970s. Her iconic "The First Time Ever I Saw Your Face" and "Killing Me Softly with His Song" were the first back-to-back Record of the Year Grammy winners by the same artist - and