Welcome to this week's Release Round-Up! Neil Young, After the Gold Rush: 50th Anniversary [Vinyl + 7" Box] (Reprise) (Amazon U.S. / Amazon U.K. / Amazon Canada) This 50th Anniversary remastered edition of Neil Young's classic album was released on CD in December; now the vinyl version arrives.  The set includes two different recordings of the outtake "Wonderin'" on the bonus 45.  The A-side was recorded in March 1970 in Topanga (previously heard on Archives Vol. 1) while the B-side is

END_OF_DOCUMENT_TOKEN_TO_BE_REPLACED

A surprise archival release from Sting dropped this weekend: a digital expanded edition of his third solo album, The Soul Cages, which celebrates its 30th anniversary this month. A deeply-felt song cycle, The Soul Cages found Sting simultaneously looking backward and forward. In the studio, he reunited with producer Hugh Padgham, who'd overseen The Police's Ghost in the Machine and Synchronicity; he also diversified his backing band, picking up session guitarist Dominic Miller - his musical

END_OF_DOCUMENT_TOKEN_TO_BE_REPLACED

While known as a singular performer - even his stage name is one word - Sting's next album is a collection of (mostly) previously released collaborations with other artists. But don't expect Duets to be a simple compilation of hits: only three of these tracks are from the former Police frontman's studio albums (four, if you count deluxe editions). Everything else is from Sting's guest appearances on albums by others and the occasional soundtrack appearance. Highlights include his 1999 hit

END_OF_DOCUMENT_TOKEN_TO_BE_REPLACED

Sting spent this year releasing and touring an unconventional collection of his own songs - and now, he's reissuing it with a bonus disc of live material. My Songs found the venerable singer-songwriter revisiting his catalogue - both solo and with The Police - on an album that included revisited versions of his greatest hits. Some were remixed, some were re-recorded, but all showcased the influence of the man born Gordon Sumner for several decades running. Indeed, beyond chart-toppers like

END_OF_DOCUMENT_TOKEN_TO_BE_REPLACED

UPDATE (9/26/2019): Just short of a year after this vinyl box set was issued, A&M/UMe will issue a CD version with the same contents on November 8. Amazon links are below! ORIGINAL POST (11/12/2018): Over the course of just five albums released between 1978 and 1983, The Police synthesized pop, rock, New Wave, and world music sounds including, most notably, reggae into a style all their own.  Incorporating influences of punk and jazz into the mix, their sound still reverberates today.

END_OF_DOCUMENT_TOKEN_TO_BE_REPLACED

Welcome to this week's Release Round-Up! The Who, Live at the Fillmore East 1968 (UMe) 2CD: Amazon U.S. / Amazon U.K. / Amazon Canada 3LP: Amazon U.S. / Amazon U.K. / Amazon Canada The Who's April 6, 1968 concert from New York's Fillmore East gets its first-ever official release just in time for its 50th anniversary.  For the occasion, it's been restored and fully remixed from the original four-track tapes by longtime Who engineer Bob Pridden, who was responsible for the mix heard

END_OF_DOCUMENT_TOKEN_TO_BE_REPLACED

Bryan Adams is releasing a new compilation encapsulating the best of his 35-plus-year career into one disc. Ultimate, available November 3, features 21 tracks including two new recordings, the single "Please Stay" and "Ultimate Love." The Canadian singer/songwriter/photographer's biggest hits are here, including some of his biggest breakthrough singles during the '80s ("Cuts Like a Knife," "Heaven," "Summer of '69"), soundtrack smashes from the '90s and '00s and two tracks from his most

END_OF_DOCUMENT_TOKEN_TO_BE_REPLACED

Welcome to this week's Release Round-Up!  It's another big week for box sets from classic rock's heaviest hitters, and much, much more... Bob Dylan, The 1966 Live Recordings (Columbia/Legacy)  (Amazon U.S. / Amazon U.K. / Amazon Canada) 36 discs of music from Bob Dylan's 1966 world tour - every recording of the tour known to exist - are brought together on this monumental new collection.  Read our full review here! Bob Dylan, The Real Royal Albert Hall

END_OF_DOCUMENT_TOKEN_TO_BE_REPLACED

Can't get enough of the vinyl resurgence? Looking to bone up on the solo works of Sting ahead of his first rock album in nearly 15 years? A new box set has got you covered. A&M/Interscope will release The Studio Collection, an 11-LP set covering all of Sting's eight solo albums between 1985 and 2013, on September 30. The set, which features meticulously recreated packaging, new vinyl masters cut at Abbey Road Studios and the debuts of both Brand New Day (2000) and Sacred Love (2003) on

END_OF_DOCUMENT_TOKEN_TO_BE_REPLACED

La-La Land never fails to amaze when it comes to Black Friday. The soundtrack label often saves some of its biggest and highest-profile titles for announcements on the shopping weekend (see 2010, 2011 and 2012) - and this year is no different, with two premiere releases of acclaimed scores, an expanded edition of a superhero sequel and a box set devoted to one of the biggest action film franchises of all time. First up: call them slobs, call them jerks, call them gross - just don't call them

END_OF_DOCUMENT_TOKEN_TO_BE_REPLACED

It's likely the first time in history a "450th anniversary edition" of an album will ever be released! Universal is repackaging Sting's esoteric 2006 outing Songs from the Labyrinth to commemorate the anniversary of the birth of the 16th century English composer to which Sting paid tribute on the album. Even for a fellow as intensely...Sting-like as the man born Gordon Sumner, you could be forgiven for seeing Songs from the Labyrinth as a tough sell. Working solely with Bosnian lutenist Edin

END_OF_DOCUMENT_TOKEN_TO_BE_REPLACED

How to define Julio Iglesias?  Perhaps the iconic Spanish entertainer can be best summed up by the numbers.  In a career spanning well over 40 years, Iglesias has recorded 80 albums, sold 300 million records, and sung in 14 languages.  Now, Iglesias, who will turn 70 later this year, has been feted with the first American release of a new collection with a number in the title.  1 – Greatest Hits, already a multi-platinum seller in numerous Spanish-speaking territories, has arrived in the U.S.

END_OF_DOCUMENT_TOKEN_TO_BE_REPLACED 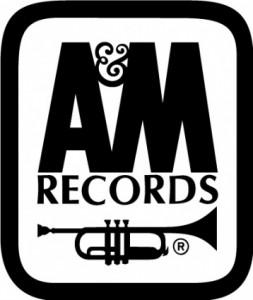 Ask the most voracious of music trivia buffs what "A&M Records" stood for and they'll tell you simply: Herb Alpert, noted jazz trumpeter and bandleader; and music promoter Jerry Moss, a duo who crafted the label from Alpert's garage in 1962. 50 years later, with the upcoming release of the three-disc A&M 50: The Anniversary Collection, it's clear that A&M stood for something else, too: one of the most intriguingly eclectic rosters in pop history, encompassing everything from jazz

END_OF_DOCUMENT_TOKEN_TO_BE_REPLACED

Let's face it, Bob Dylan tributes aren't exactly uncommon. That said, one of the most ambitious albums of its kind is coming down the pike, set for January 24 release. Chimes of Freedom: The Songs of Bob Dylan is a specially-priced 4-CD set containing 73 Dylan songs in renditions from an incredibly broad array of artists. Most of the tracks were recorded specifically for this project, but since a handful are previously unreleased tracks of an older vintage (and Dylan's own 1964 released take of

END_OF_DOCUMENT_TOKEN_TO_BE_REPLACED

Safely tucked underneath a controversial slate of Grammy nominations in the major categories - seriously, Rihanna's Loud got an Album of the Year nod and Kanye West's My Beautiful Dark Twisted Fantasy didn't? - there were a fantastic batch of reissue and box set-oriented nominations in this year's 54th annual ceremony. Without further pithy commentary, here they are: Best Boxed or Special Limited Edition Package Radiohead, The King of Limbs (ATO Records) Donald Twain & Zachariah Wildwood,

END_OF_DOCUMENT_TOKEN_TO_BE_REPLACED

Is the recently-announced Sting box set too comprehensive, too expensive, or not stocked with enough rarities for you? Universal attempts to throw fans something of a bone with a cut-down version of the box, The Best of 25 Years, due for release in October. Admittedly, the single-disc set is a bit of an odd duck itself, omitting anything but eight of the most obvious singles alongside four bonus tracks: a new mix of "Never Coming Home" (presumably one of the newly-mixed tracks featured on the