On March 20, as the severity of the COVID-19 pandemic was just starting to be understood, indie music retailer Bandcamp made the bold choice of waiving their share of revenue for artists and labels who were cancelling shows and delaying album releases left and right. The result was more music bought by more fans than any day on the site, a record broken on the first Friday of May. Bandcamp Fridays have since taken place in June and July - plus the first of an annual occurrence when the service

END_OF_DOCUMENT_TOKEN_TO_BE_REPLACED

It's been more than 50 years since The Rolling Stones and a host of friends converged at Intertel TV Studio in Wembley to film The Rolling Stones Rock and Roll Circus, the concert film that featured the band alongside friends like The Who, Jethro Tull, The Dirty Mac (a supergroup featuring John Lennon, Keith Richards, Eric Clapton, and Mitch Mitchell).  The once-lost documentary has been newly restored and will be screened in select theaters throughout the United States in early

END_OF_DOCUMENT_TOKEN_TO_BE_REPLACED

Since 1977, Blind Pig Records has been a leading light for the blues in all its many forms.  The label, originally formed in Ann Arbor, Michigan and named for that city's Blind Pig Café (welcoming musical artists since 1971), has just celebrated its fortieth anniversary with a new 2-CD, 34-track compendium.  Blind Pig Records: 40th Anniversary Collection boasts selections from each decade of the Blind Pig story, featuring many recognizable artists and some lesser-known lights that might just

END_OF_DOCUMENT_TOKEN_TO_BE_REPLACED

Bruce Springsteen, High Hopes (Columbia) It's a new album, but one assembled from songs and outtakes Bruce has been amassing for the last few years: we'll take it (in the hope that this new album means Bruce is in a vault mood for the rest of the year)! (Amazon U.S. / Amazon U.K. - both with exclusive DVD of the entire Born in the U.S.A. album live on the Wrecking Ball tour) Elvis Presley, The Movie Soundtracks (RCA/Sony Music U.K.) Why should the States get all the fun? An import box set

END_OF_DOCUMENT_TOKEN_TO_BE_REPLACED

Rhino Handmade is back! Sort of. Reissue label Wounded Bird Records will release this week seven titles originally released on Warner Music's boutique label in the early to mid-2000s. These sets were originally handsome vault-clearing exercises for a diverse crop of artists who were on the Warner, Atlantic or Reprise labels at some point in their careers, including works by Doug Sahm of Sir Douglas Quintet, blues legend Taj Mahal, rockabilly-punk outfit The Blasters, singer-songwriter Danny

END_OF_DOCUMENT_TOKEN_TO_BE_REPLACED 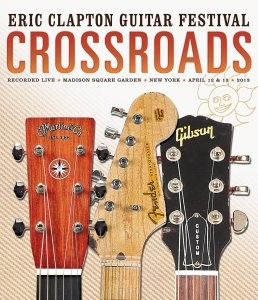 Eric Clapton is big on giving back.  The guitar god founded Antigua’s Crossroads Centre for the treatment of alcoholism and drug addiction in 1998, and in 2004, spearheaded the creation of the Crossroads Eric Clapton Guitar Festival to benefit the facility of the same name.  Since that first ’04 fest, Crossroads Festivals have taken place every three years, in 2007, 2010 and 2013.  Highlights from the 2013 shows, which took place on April 12 and 13 at New York’s famed Madison Square Garden, are

END_OF_DOCUMENT_TOKEN_TO_BE_REPLACED

It's not quite the summertime yet, but Legacy Recordings has some hot fun planned for Record Store Day thanks to a diverse slate of releases from A (Aerosmith) to, well, S (Sly and the Family Stone)!  April 20 is the date when Legacy will join 2013 Record Store Day Ambassador Jack White to celebrate not only those beloved black vinyl discs, but also the brick-and-mortar retail record store experience which we hold very dear at The Second Disc. Titles for the sixth annual Record Store Day have

END_OF_DOCUMENT_TOKEN_TO_BE_REPLACED

The Complete Columbia Albums of Taj Mahal, by the numbers: 13 albums, 15 CDs, 170 tracks.  This all adds up to a mighty legacy worthy of the man’s namesake!  The former Henry Saint Clair Fredericks, Jr. made his name as a blues renaissance man at Columbia Records with a string of well-received albums released between 1968 and 1976, and the new Complete Albums box set due in stores tomorrow (February 5) collects them all under one roof for the first time, plus two archival compilations. Now 70

END_OF_DOCUMENT_TOKEN_TO_BE_REPLACED 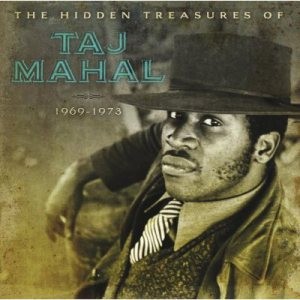 Perhaps Henry Saint Clair Fredericks Jr. just didn’t have the right ring to it?  Whatever the reason, the former Fredericks took the name of Taj Mahal after the palatial Indian mausoleum, and never looked back.  The singer, songwriter, multi-instrumentalist and all-around renaissance bluesman had his first solo tenure with Columbia Records, from 1968 to 1976, and most of that period is addressed on the new 2-CD anthology The Hidden Treasures of Taj Mahal 1969-1973 (Columbia/Legacy 82876 82294 2,

END_OF_DOCUMENT_TOKEN_TO_BE_REPLACED 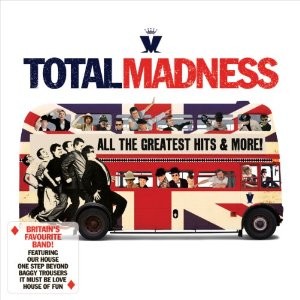 KISS, Destroyer: Resurrected (Mercury/UMe) The 1976 classic gets a new mix from original producer Bob Ezrin for its 35th anniversary. (It's also available on vinyl, too!) Taj Mahal, The Hidden Treasures of Taj Mahal (Columbia/Legacy) Tomorrow may not be your day, but today certainly is if you're a Taj Mahal fan: two discs of unreleased material - one of studio tracks, one from a 1970 show at the Royal Albert Hall. Los Lobos, Kiko: 20th Anniversary Edition / Kiko Live (Shout!

END_OF_DOCUMENT_TOKEN_TO_BE_REPLACED

Today, May 17, 2012, Taj Mahal turns 70.  Though the bluesman has reached a venerable age, he’s still some 289 years younger than his namesake structure in Agra, India.  But the man born Henry Saint Clair Fredericks Jr. has packed in at least a couple lifetimes of breaking new musical ground.  A singer, songwriter and multi-instrumentalist, Taj Mahal has fused traditional blues with rock, pop, jazz, folk and world music influences drawing on his own West Indian heritage and beyond.  In