END_OF_DOCUMENT_TOKEN_TO_BE_REPLACED

Welcome to this week's Release Round-Up, packed with box sets, reissues, special collections, and more! The Isley Brothers, The RCA Victor and T-Neck Album Masters (Legacy) (Amazon U.S. / Amazon U.K.) Legacy has boxed up 23 discs of The Isley Brothers - featuring every one of the group's RCA and T-Neck albums released between 1959 and 1983, including one previously unreleased album and a total of 84 previously unissued or new-to-CD bonus tracks!  Every track has been newly-remastered

END_OF_DOCUMENT_TOKEN_TO_BE_REPLACED

Sony Music U.K. is unearthing a Tomb of Memories - but this isn't a dusty tomb but rather one filled with the vital, vibrant sound of eighties hitmaker Paul Young.  Over 4 CDs and 64 tracks, this new box set subtitled The CBS Years will present an overview of Young's tenure with CBS and Columbia Records including new-to-CD tracks and previously unreleased alternate mixes, outtakes, demos and more. Between 1983 and 1993, Paul Young released five albums on Columbia.  His solo debut (also his

END_OF_DOCUMENT_TOKEN_TO_BE_REPLACED

Before blazing the charts on both sides of the Atlantic with songs like “Every Time You Go Away,” “Wherever I Lay My Hat (That’s My Home,” “Oh, Girl” and “Love of the Common People,” Paul Young paid his dues.  The English-born singer served his time in bands including pub-rockers Kat Kool and the Kool Kats and Streetband, but the latter group’s success with the U.K. Top 20 novelty-esque hit “Toast” (a humorous B-side which was flipped to the band’s dismay) threatened to pigeonhole them.  In late

END_OF_DOCUMENT_TOKEN_TO_BE_REPLACED

For Daryl Hall, "Every Time You Go Away" might have been "the one that got away."  Hall recorded his song on Hall and Oates' 1980 album Voices, where it languished as an album track in the shadow of hit singles "Kiss on My List," "You Make My Dreams," "How Does It Feel to Be Back," and "You've Lost That Lovin' Feelin'."  But you can't keep a great blue-eyed soul ballad down.  In 1985, Hall's composition became the centerpiece of British-born Paul Young's sophomore album The Secret of

END_OF_DOCUMENT_TOKEN_TO_BE_REPLACED 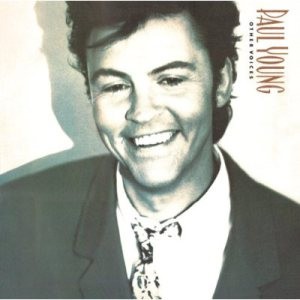 [youtube=http://www.youtube.com/watch?v=1AmdVhcfTSQ] Our friends at Cherry Red Group have had a stellar amount of new reissues in the past month, and we figured now was as good a time as any to highlight some of our favorites across the board. The Lemon label has issued an expanded edition of Keep the Fire, the 1979 soft-rock classic by Kenny Loggins. While the singer-songwriter had put out two albums since the disbandment of Loggins & Messina, it was only recently that he started his