END_OF_DOCUMENT_TOKEN_TO_BE_REPLACED

The latest entry in Ace Records' long-running Chartbusters USA series arrived late in 2016.  The Special Country Edition turned its spotlight on Hot 100 hits which had crossed over from the Billboard Country chart.  The 24 tracks on Chartbusters USA: Special Country Edition are all from the period of 1963-1969, needless to say a time of seismic change in pop music, and many come from the greatest names in any genre of music. The set, appropriately enough, opens with George Jones' 1964

END_OF_DOCUMENT_TOKEN_TO_BE_REPLACED

Welcome to this week's Release Round-Up highlighted by the latest release from Second Disc Records and Real Gone Music! The Isley Brothers, Groove with You...Live! (Second Disc Records/Real Gone Music) (Amazon U.S. / Amazon U.K. / Amazon Canada) We're incredibly excited and proud to bring this sizzling, swooning and immersive double-album document of The Isley Brothers at the peak of their powers to CD for the very first time!  Groove with You...Live! features powerful renditions of

END_OF_DOCUMENT_TOKEN_TO_BE_REPLACED

Even though summer has just begun, Real Gone Music is already looking toward the end of the season with its September releases.  As per the label's norm, the artists represented span a wide range of styles and genres. We've already told you about the Second Disc Records/Real Gone release of The Isley Brothers' lost Groove With You...Live! album.  Joe has also written the liner notes for another of Real Gone's September offerings:  Robert Goulet's 2-CD The Definitive Collection.  Joe put

END_OF_DOCUMENT_TOKEN_TO_BE_REPLACED

With his unmistakable blonde pompadour and flashy Nudie suits, Porter Wagoner (1927-2007) cut one of the most distinctive figures in country music.  The three-time Grammy-winning Missouri-born singer known as "Mr. Grand Ole Opry" charted over 80 records in his lengthy career, but his solo releases have often been overlooked due to his prosperous association with the young Dolly Parton.  Legacy Recordings has taken one step to rectify that with the first-time digital release of six albums

END_OF_DOCUMENT_TOKEN_TO_BE_REPLACED

The Viva vaults are open! Viva Records, formed by producer Snuff Garrett (“The Night the Lights Went Out in Georgia,” “Gypsies, Tramps and Thieves,” “This Diamond Ring”), released a diverse catalogue of music during its roughly two-decade existence – light instrumental pop, garage rock, comedy, and more. But the label might be best-remembered for its string of country successes in the early 1980s, most notably from David Frizzell and Shelly West. Earlier this year, Varese Sarabande reissued a

END_OF_DOCUMENT_TOKEN_TO_BE_REPLACED

Michael Jackson, Xscape (Epic) Where was this three years ago? This collection of eight outtakes, augmented with tasteful future-retro production by Timbaland, Stargate, L.A. Reid and others, is possibly the best project to escape the MJ vaults yet. For the discerning fan, Epic's done you a solid, offering a deluxe package with the same songs in their untouched demo form. It's really something. Standard CD: Amazon U.S. / Amazon U.K. Deluxe CD/DVD: Amazon U.S. / Amazon U.K. LP: Amazon U.S. /

END_OF_DOCUMENT_TOKEN_TO_BE_REPLACED

Varese Vintage is going any which way they can with an exciting trio of soundtrack releases from the library of Snuff Garrett’s Viva Records label.  Garrett, of course, was the producer behind major hits from Gary Lewis and the Playboys (“This Diamond Ring”), Cher (“Gypsys, Tramps and Thieves”) and future “Mama” Vicki Lawrence (“The Night the Lights Went Out in Georgia”).  At Viva, he oversaw an eclectic array of releases from artists like the Midnight String Quartet, Alan O’Day, Ray Price and

END_OF_DOCUMENT_TOKEN_TO_BE_REPLACED 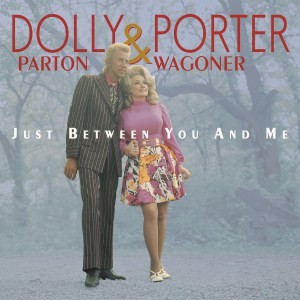 Johnny and June. George and Tammy. Porter and Dolly. The world of country music had some of its greatest successes in pairs - duets whose songs projected all the joy and pain of love and loss, just like any good country song should. Whether the joy or pain was real or simply projected very well is another matter, as anyone who's seen Walk the Line can attest. In the case of Porter Wagoner and Dolly Parton, their relationship was never romantic and often turbulent, but it did yield one of the