END_OF_DOCUMENT_TOKEN_TO_BE_REPLACED

Today's Black Friday shopping will likely look a little different thanks to the COVID-19 pandemic.  But one thing will remain the same: Record Store Day's yearly event.  It's been a packed year with RSD Drops in the months of August, September, and October.  Now, they're going out with a bang. Labels big and small will release limited-edition vinyl with the collector in mind. Whether you're after new music from legends, reissues of sought-after recordings, or unreleased rarities from the vault,

END_OF_DOCUMENT_TOKEN_TO_BE_REPLACED

Are you in the market for Laurel Canyon-inspired power-pop? How about early '70s funk? Or maybe glam rock from the turn of the millennium is more your speed. Real Gone Music has you covered with new vinyl reissues due this December. This slate kicks off on December 4 with the vinyl debut of Spacehog's The Chinese Album. Fresh off the reissue of the band's debut Resident Alien for RSD, Real Gone now turns to the follow-up, which sees them pulling from power-pop and glam influences and features

END_OF_DOCUMENT_TOKEN_TO_BE_REPLACED

Time flies when it's seemingly at a standstill. It might be hard to believe, but even with still one more Record Store Day Drop to go (on October 24) it's already time to look ahead at Record Store Day Black Friday, which falls on November 27 this year. Brick and mortar shops nationwide will be releasing special, limited-edition vinyl offerings, and our friends at Real Gone Music have just announced what's on their lineup! The Bangles, Doll Revolution (2-LP, streaked pink vinyl, 1,500

END_OF_DOCUMENT_TOKEN_TO_BE_REPLACED

There are few artists as prolific as Prince. His legendary Vault is said to contain hundreds of albums' worth of material. On June 7 -- what would have been Prince's 61st birthday -- The Prince Estate and Warner Bros. Records will issue Originals, a new album of further treasures from the archives. As first reported by Variety (just one day before the estate welcomes fans to the annual Prince Celebration at Paisley Park, his recording complex-turned-museum), Originals brings together 15 demos

END_OF_DOCUMENT_TOKEN_TO_BE_REPLACED

From all of us here at Second Disc HQ to all of you, we hope you're enjoying a wonderful Thanksgiving in the company of family and friends.  Of course, from this day which conjures nostalgic and warm feelings comes a celebration of a different kind with this year's annual Black Friday - the day for consumers to start off the holiday shopping season on a mad, frenetic note. But 2016 is just in the latest year in which numerous retailers in the U.S. have made headlines by blackening Thursday, or

END_OF_DOCUMENT_TOKEN_TO_BE_REPLACED

That chill in the air and the buzz in your favorite record store can only mean one thing: Record Store Day Black Friday is nearly upon us! On November 25, indie record retailers and labels great and small will partner together to issue dozens of exclusive packages you can't get anywhere else (except maybe eBay, after the fact, though we're not happy about that.) The vinyl boom refuses to end, but owing to the lesser size of the event in general, there don't seem to be as many titles as usual.

END_OF_DOCUMENT_TOKEN_TO_BE_REPLACED

Before they ascended to No. 2 on the Billboard Hot 100 in 1986 with the Prince-penned "Manic Monday"--heck, before they were even signed to Columbia Records, where they made three killer power-pop records in one of pop's most interesting decades--The Bangles were at the forefront of a subset of Los Angeles rock music known as the "Paisley Underground." A new compilation released on Omnivore Recordings will lift the curtain on those often-overlooked years. As they were originally known, The

END_OF_DOCUMENT_TOKEN_TO_BE_REPLACED 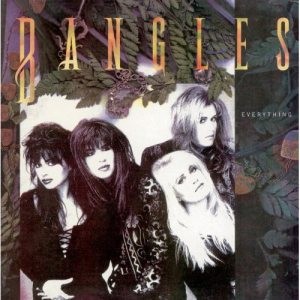 Close your eyes, give us your hand and let's talk about a new reissue of Everything, The Bangles' final album for Columbia Records, from the Cherry Pop label. Released in 1988, Everything was the latest effort from a band riding high for the past two years. Different Light, released in 1986 (and also expanded by Cherry Pop), had made them MTV superstars thanks to killer cuts like the Prince-penned "Manic Monday" and "Walk Like an Egyptian." The following year, a hard-hitting cover of Simon

END_OF_DOCUMENT_TOKEN_TO_BE_REPLACED 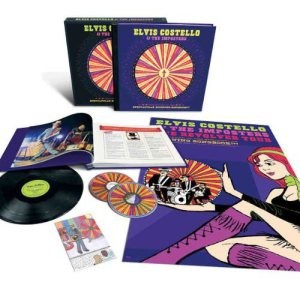 In 1986, Elvis Costello and The Attractions did something bizarre for rock musicians: they reinvented the wheel. Okay, maybe that's pushing it, but the introduction of "The Spectacular Spinning Songbook" to Costello's tour itinerary remains among the most treasured of memories for longtime fans. Costello, who only used The Attractions once on his then-new album, King of America (opting instead for a number of other musicians, including a studio-created group, The Confederates, featuring T-Bone

END_OF_DOCUMENT_TOKEN_TO_BE_REPLACED

Emerging in the early 1980s with a sound equal parts garage rock, power pop and 1960s folk rock a la the Byrds, the Bangles quickly took their place as one of the most successful girl groups of all time. The band consisting of Susanna Hoffs, Vicki Peterson, Debbi Peterson and Michael Steele made their major-label debut on the Columbia label with 1984's All Over the Place.  While not a major success, the album made enough of a splash to attract some big fans, namely 1980s icons Cyndi Lauper, Huey

END_OF_DOCUMENT_TOKEN_TO_BE_REPLACED

Prince's influence has been discussed far and wide, from fashion to music videos to the actual, Hendrixian quality of his guitar playing. But it's always unusual when the mercurial purple genius decides to directly contribute to another artist's canon, particularly since one really never knows where he's going to end up next. What follows is a chronological list of ten of Prince's most interesting "guest appearances." Half of them are actual guest appearances, the other half either songs he

END_OF_DOCUMENT_TOKEN_TO_BE_REPLACED

The other night, my radio happened upon "Manic Monday," one of the best pop songs of the 1980s. I'm sure you're all aware that the tune was written by Prince (under the pseudonym "Christopher," an effect from his Under the Cherry Moon days) and given to Susanna Hoffs and company after Apollonia 6 recorded a version that was never released. You may also know that the song itself hit No. 2 on the charts, kept from the top by none other than Prince and The Revolution's "Kiss." You might not know