As a member of the Muscle Shoals Rhythm Section, Eddie Hinton played on countless recordings by the likes of Wilson Pickett, Aretha Franklin, Elvis Presley, and Otis Redding.  But there was another side of the guitarist that led Jerry Wexler to once proclaim him "the next big thing."  Hinton was a persuasive performer and moreover, a fine songwriter.  In collaboration with Donnie Fritts, he penned what's likely his most famous song: "Breakfast in Bed," first recorded by Baby Washington but made

END_OF_DOCUMENT_TOKEN_TO_BE_REPLACED

With a recent Grammy Awards salute, a new catalogue deal, and the 40th anniversary of Saturday Night Fever, the music of the Bee Gees has been front and center in 2017.  Ace Records has joined the celebration of the brothers Gibb with a new entry in the label's long-running Songwriters Series.  To Love Somebody: The Songs of The Bee Gees 1966-1970 pulls into focus the early professional years of Barry, Robin, and Maurice, with 24 choice cover versions of songs both familiar and lesser-known.

END_OF_DOCUMENT_TOKEN_TO_BE_REPLACED

"Percy Sledge is the most dynamic new soul singer to arrive on the record scene in years," wrote Bob Rolontz on the original liner notes to the artist's 1966 Atlantic debut When a Man Loves a Woman.  That LP, of course, was titled for the song that took the balladeer to No. 1 on the Billboard Hot 100 and R&B charts right out of the gate and yielded him the No. 20 record of the year, sandwiched between Tommy James and the Shondells and The Rolling Stones.  Though Percy Sledge (1940-2015)

END_OF_DOCUMENT_TOKEN_TO_BE_REPLACED

If Rare Soul is what you're looking for, PopMarket has an exclusive release just for you.  The online shop has recently released A Crate Digger's Collection of Rare Soul, a 3-LP set pressed on heavyweight180-gram vinyl presenting 35 tracks culled from the Warner Music Group family of labels including Atlantic, Cotillion, Loma, Atco and Warner Bros. itself.  This handsome package, a limited edition of 1,000 units, features 35 tracks from some of the labels' heaviest hitters as well as names that

END_OF_DOCUMENT_TOKEN_TO_BE_REPLACED

In his 85th year, Burt Bacharach has kept a pace that would wear out many a younger man.  In addition to performing a number of concert engagements, the Oscar, Grammy and Gershwin Prize-winning composer has released a memoir, continued work on three musical theatre projects, co-written songs with Bernie Taupin and J.D. Souther, and even penned a melody for Japanese singer Ringo Sheena.  Though Bacharach keeps moving forward, numerous releases this year have looked back on his illustrious

END_OF_DOCUMENT_TOKEN_TO_BE_REPLACED

Though they're located across the pond, the team at Ace Records literally has the entire map of the U.S. covered when it comes to celebrating classic soul sounds.  Among the numerous titles recently issued by the Ace family are three geographically-attuned sets sure to pique your ears and interest.  Ace's journey begins in the American northeast, and specifically in New York City, with a second volume of Manhattan Soul.  Like the first volume in the series, it's drawn from the considerable

END_OF_DOCUMENT_TOKEN_TO_BE_REPLACED 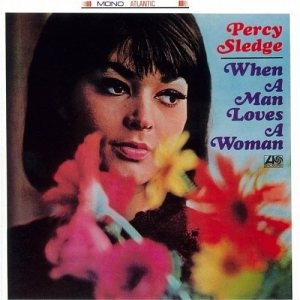 Rhino Handmade's next big title is a box set devoted to Percy Sledge's tenure with Atlantic Records. Before he was the "King of Country Soul," Sledge was an Alabama-born former hospital worker, playing with a soul combo on weekends. In 1966 he signed to Atlantic, and, following a break-up with a longtime girlfriend, recorded a simple, heartfelt single, "When a Man Loves a Woman." The impassioned, off-the-cuff delivery (an entirely honest one - Sledge improvised the lyrics on the spot) helped