Calling all '80s Motown fans! Universal's U.K. arm has issued a double disc set of 20 classic club mixes from the label, curated by noted remixer John Morales. Motown of course crafted the sound of young America throughout the '60s and created some deeply affecting funk and soul in the '70s, but the '80s was still a prolific time, thanks to popular R&B/dance acts including Rick James and DeBarge as well as established acts like The Temptations and Commodores frontman Lionel Richie.

END_OF_DOCUMENT_TOKEN_TO_BE_REPLACED

Three recent releases from the team at Real Gone Music feature the solo music of David Ruffin and Eddie Kendricks, two-fifths of the original Temptations line-up. The label has reissued Ruffin's first four albums on two single CDs, two to each CD, and has premiered Kendricks' post-Motown LP Love Keys, for Atlantic Records, on CD. David Ruffin had departed The Temptations after the April 1968 release of the Wish It Would Rain album, with Dennis Edwards officially joining the group onstage in

END_OF_DOCUMENT_TOKEN_TO_BE_REPLACED 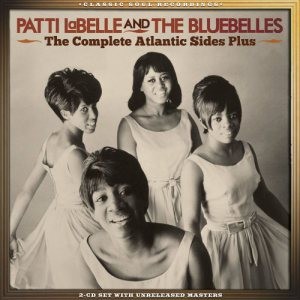 Second Disc HQ may be surrounded by layers of detestable snow, but a new release schedule from Real Gone Music is as good as any sunshine! (Plus, these titles are due in April, by which everything will have melted...WE HOPE.) You've already read about two of the label's new April releases courtesy of Joe's post about Doris Day earlier today, but that's not all they're offering. A complete singles collection by Patti LaBelle and The Bluebells - featuring the three future members of LaBelle with

END_OF_DOCUMENT_TOKEN_TO_BE_REPLACED

Motown aficionados have a lot of fun stuff to dig through on a number of formats, with the recent release of a box set collecting 14 rare cuts on vinyl and a new, copyright law-busting compilation of 52 previously unavailable outtakes from some of the label's biggest names. Recently issued in the U.K., The Motown 7s Box: Rare and Unreleased Vinyl seems to take more of a tack about "tracks unreleased to vinyl" than "never-before-released tracks on vinyl." Everything here has been made available

END_OF_DOCUMENT_TOKEN_TO_BE_REPLACED

They did it. Nearly nine years after the first volume in Hip-O Select's The Complete Motown Singles box set series was released, the 14th and final entry in the series, Volume 12B: 1972, will be released on December 10, just in time for the holidays. The year 1972 marks, for many, the end of the "classic Motown" period. Label founder Berry Gordy moved label operations from Detroit to Los Angeles, and many of his most treasured acts were in periods of transition. Diana Ross was long a solo

END_OF_DOCUMENT_TOKEN_TO_BE_REPLACED

Let's dispense with the "Get Ready" puns: after a four-year wait, Hip-O Select's Complete Motown Singles series inches closer toward the finish line with Volume 12A: 1972. This five-disc set includes every single side released by Motown during the first half of 1972, a time of transition for the company. Berry Gordy had already moved his Detroit-based media empire westward to Los Angeles, leaving some of his flagship groups in a transitional period. The Jackson 5 still had their hits, but not

END_OF_DOCUMENT_TOKEN_TO_BE_REPLACED

Various Artists, Motown the Musical - Originals: The Classic Songs That Inspired the Broadway Show (Motown/UMe) The Sound of Young America is now the sound of The Great White Way, with a new musical entering previews this week. This new compilation presents all the original versions of the songs that feature in the show! 1CD: Amazon U.S. / Amazon U.K. 2CD: Amazon U.S. / Amazon U.K. TV Mania, Bored with Prozac and the Internet? (Tapemodern) Completed by Duran Duran keyboardist Nick Rhodes and

END_OF_DOCUMENT_TOKEN_TO_BE_REPLACED

When Motown: The Musical opens at Broadway’s Lunt-Fontanne Theatre on April 14, it will mark yet another career landmark for Berry Gordy, the songwriter-producer-entrepreneur who turned Detroit, Michigan into Hitsville, USA some fifty-five years ago.  The musical, written by Gordy and directed by Charles Randolph-Wright, depicts the rise to prominence of the Sound of Young America, with Brandon Victor Dixon (The Color Purple, The Scottsboro Boys) starring as Gordy.  He’s joined by a cast of

END_OF_DOCUMENT_TOKEN_TO_BE_REPLACED 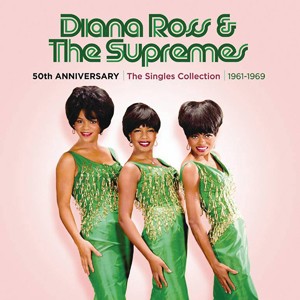 Motown's 50th anniversary was celebrated in style in 2009 - a year before The Second Disc even existed - with some excellent box sets and reissues. But this year marks another important set of golden anniversaries for the label: the debut of Motown's world famous groups, The Supremes and The Temptations. And no commemoration would be complete without a little bit of product to attract fans and collectors. With that in mind, Hip-o Select announced over the weekend a pair of triple-disc sets

END_OF_DOCUMENT_TOKEN_TO_BE_REPLACED

Oh, for the days when there was a bounty of venues to hear the latest, greatest music on television. By far, one of the greatest vanguards of popular music in the halcyon days of the medium was Ed Sullivan, host of his eponymous show from 1948 to 1971. While Sullivan found himself somewhat bemused by the wide variety of talent he showcased - legendarily confining camera angles on Elvis Presley to tight shots that wouldn't expose too much of his gyrating hips - he generally picked performers

END_OF_DOCUMENT_TOKEN_TO_BE_REPLACED

It's Motown Monday here at The Second Disc as we're pleased to spread the news of the latest title in Ace Records' series of lost Motown treasures!  Previous releases have been devoted to The Satintones, The Contours and Marv Johnson, and this June will see the first-ever CD anthology dedicated to the recordings of The Monitors.  Led by future Temptation Richard Street, The Monitors released five singles on Berry Gordy's V.I.P. and Soul labels and one LP on Soul.  Say You!: The Motown Anthology

END_OF_DOCUMENT_TOKEN_TO_BE_REPLACED

Two newly-announced catalogue titles bring some rare tracks by R&B and soul legends to CD for the first time - and both have a bit of a Motown collection. First up is Reel Music's CD debut of Pressure Cookin', the only LP cut by Labelle for RCA Records. Recorded a year before "Lady Marmalade" shot the group to success, this record features some intriguing highlights, including a medley of Thunderclap Newman's "Something in the Air" and Gil Scott-Heron's "The Revolution Will Not Be

END_OF_DOCUMENT_TOKEN_TO_BE_REPLACED

I've been waiting for this one for a long time: Hip-O Select is releasing a new compilation of classic Motown songs in a whole new way. Motown Around the World: The Classic Singles compiles 38 songs from the label as recorded in other languages for international markets. The Supremes, The Temptations, Stevie Wonder, The Four Tops, The Velvelettes, Smokey Robinson and Edwin Starr sing the songs you know and love (plus a few folk ballads native to other countries) in Italian, Spanish, French and