For reasons unknown to this writer, the animated output of The Walt Disney Company is not always seen as "high art." That one can see even the Disney films of the late 1980s and early 1990s and see merely crass commercialism is shocking. The hand-drawn features Disney's studio has been releasing since 1937 are absolute proof of "cartoons" as controlled works of art, an image Disney did everything he could to perpetuate. No more evident was Disney's commitment to art than with Fantasia, first

END_OF_DOCUMENT_TOKEN_TO_BE_REPLACED

[youtube=http://www.youtube.com/watch?v=fuWf9fP-A-U] This month has seen a resurgence of interest in The Sound of Music thanks to an impressive reissue of the film on Blu-Ray and another release of the classic film soundtrack on CD. Countless amounts of kids and adults have grown up on the Rodgers and Hammerstein classic, made especially memorable by Julie Andrews as the free-spirited Maria Von Trapp - a role that earned her a second Oscar nomination, just one year after her win for Mary

END_OF_DOCUMENT_TOKEN_TO_BE_REPLACED

[youtube=http://www.youtube.com/watch?v=TUNP9xrOBd4] A not-so-shameful confession: when not working or updating The Second Disc, your humble catalogue correspondent's free time has been occupied by playing the new Wii game GoldenEye 007, a re-imagining of the Nintendo 64 game updated for the present with a newly retooled storyline by original co-writer Bruce Fierstein and featuring current James Bond star Daniel Craig as the British spy. Though my own hardcore gaming days are largely behind me,

END_OF_DOCUMENT_TOKEN_TO_BE_REPLACED

Back in May, The Second Disc did a Friday Feature on the chilling, iconic and somehow commercially unreleased score to Alfred Hitchock's Pyscho, written by Bernard Hermann. With Halloween approaching (and a killer screening of Psycho planned tonight at New York's Film Forum), what else is there to write about? Those of you with particularly steel-trap-like memories may recall a set of sequels - sequels! - to the film, released in the 1980s. If that weren't inexplicable enough for you, they

END_OF_DOCUMENT_TOKEN_TO_BE_REPLACED

[youtube=http://www.youtube.com/watch?v=ojhGdRSkiUw] With Halloween almost approaching, there's never been a better time to revisit notable horror film scores than with our ongoing series of Friday Features. This week, we cover the first two, multiply-reissued scores in the infamous Alien franchise. Happily, both of the reissues discussed herein are readily available, so if you're inspired to hear the music of these classic films, you don't have to dig particularly deep. Have a read after the

END_OF_DOCUMENT_TOKEN_TO_BE_REPLACED

Who'd have figured, 23 years ago, that Oliver Stone's ripped-from-the-headlines drama Wall Street would have garnered enough cultural currency to warrant a sequel in 2010? Certainly not the writer-director, who went from strength to strength in and around Hollywood before finally committing to his first sequel. Probably not Michael Douglas, whose corporate raider Gordon Gekko became one of the most captivating villains of 1980s film (and later, bizarrely enough, one of the most misguided role

END_OF_DOCUMENT_TOKEN_TO_BE_REPLACED

It was a show so ridiculous, it'd make you wonder how it made the airwaves. It boasted some of the most out-there moments and uproarious sight gags on television. It was consistently funny, no matter how many times you watched an episode. Naturally, it was canceled. I'm of course talking about Police Squad!, the madcap spoof of police dramas that aired for six episodes on ABC in the spring and summer of 1982. Despite its creative pedigree - it was created by Jerry Zucker, Jim Abrahams and David

END_OF_DOCUMENT_TOKEN_TO_BE_REPLACED

Every August 29, incredible geeks like myself look skyward and emit sighs of relief that no nuclear warheads are heading our way. Of course, on a fictitious August 29 - in 1997 to be exact - a nuclear attack did indeed happen, triggered by a dangerously self-aware defense network system called Skynet. A war would rage between these sentient machines and their human creators, ultimately climaxing with soldiers on each side being sent to the past (our present) to alter future events. That tale,

END_OF_DOCUMENT_TOKEN_TO_BE_REPLACED 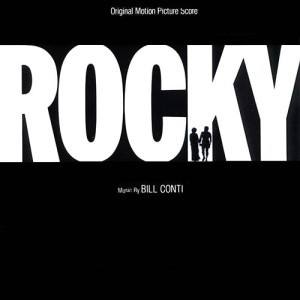 END_OF_DOCUMENT_TOKEN_TO_BE_REPLACED

[youtube=http://www.youtube.com/watch?v=FsCO-YkDgnY] This week's theatrical release of Step Up 3D proves that young people everywhere still embrace the notion of defying authority by shaking one's ass on the dance floor. It's nothing new, of course; ever since Columbia Pictures turned Twist Around the Clock onto a dance-crazy culture in 1961, dance pictures have become a generational touchstone. Whether they're good, crowd-pleasing films (Saturday Night Fever (1977), Flashdance (1983)) or

END_OF_DOCUMENT_TOKEN_TO_BE_REPLACED 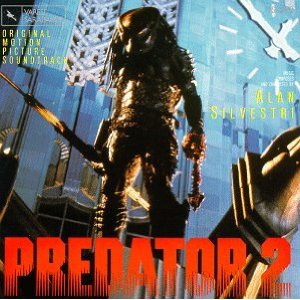 If you went into theatres in the summer of 1987 to see Predator, you might have expected a rote action film with Arnold Schwarzenegger and nothing more. On the surface, there's nothing that would have you expect anything else. The Austrian Oak leads a team of soldiers through an attempted rescue mission in South America. Sounds like any other action movie from the '80s, right? But then you catch those quick bursts of infrared images. The distorted sound. The unearthly snarling. And you realize

END_OF_DOCUMENT_TOKEN_TO_BE_REPLACED 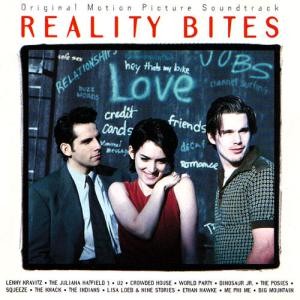 There are plenty of moviegoers in any given week who look at the films playing at their local theatre, shake their head and conclude that Hollywood is no longer making movies for "them." One only wonders how the winter of 1994 was for that crowd when Reality Bites was released. One of the most explicitly Generation X movies ever created, Reality Bites follows the trials and tribulations of a group of twentysomethings in 1990s Houston. There's Leilaina (Wynona Ryder), a college valedictorian

END_OF_DOCUMENT_TOKEN_TO_BE_REPLACED 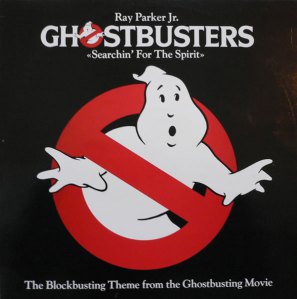 For whatever cosmic reason, 1984 was a huge cosmic intersection for pop music and film. Prince exploded into the national consciousness with Purple Rain, Kenny Loggins continued his run as America's go-to soundtrack guy with his contributions to Footloose. Stevie Wonder called The Woman in Red to say he loved her, Harold Faltermeyer helped make Eddie Murphy a superstar with "Axel F." from Beverly Hills Cop. Even Phil Collins had a soundtrack hit, against all odds. And then there was

END_OF_DOCUMENT_TOKEN_TO_BE_REPLACED

Let's get the facts out of the way first: Jaws: The Revenge (1987), the third sequel to one of the best horror films of all time, is terrible. It is quite possibly the worst movie ever made. It is so bad that I once watched the film with a friend and we ended up taking a break (with the film, not with our friendship, though that could have just as easily happened). The plot is ludicrous: Ellen Brody (Lorraine Gary), the widow of Roy Scheider's heroic police chief from the first two Jaws films,

END_OF_DOCUMENT_TOKEN_TO_BE_REPLACED

Quick, name a late '70s blockbuster with a propulsive, lasting soundtrack! Okay, now name one that wasn't written by John Williams. Chances are you've got two films atop your list: Saturday Night Fever and Grease. Both were classics of their time, full of dancing, John Travolta and the influence of one or more Brothers Gibb. But it's the latter we're going to look at to definitively cap our look at summer reissues. Even 32 years after its release, Grease still seems to be the word - the film,

END_OF_DOCUMENT_TOKEN_TO_BE_REPLACED

The Second Disc reader Robert Altman was predicting the future when he suggested a week devoted to Prince a few days ago. Prince - one of the most polarizing and intriguing figures to ever saunter onto the pop music scene - deserves reams (or gigabytes, in this case) written about his music and its impact, and The Second Disc promises to deliver in that regard. From this Friday to next Friday - going right through Prince's 52nd birthday on Monday - TSD will present a few features on Prince's

END_OF_DOCUMENT_TOKEN_TO_BE_REPLACED

Blame the continuing heat in the Northeast. Blame the recent release of video game Red Dead Redemption. But it's just a good time for some great music from the "spaghetti Westerns," that subgenre of film where the Italian film community emulated and built upon the traditions of the American Western picture. Ask any film scholar and they'll likely tell you that few directors contributed more for the genre than Sergio Leone - and futhermore, that his best works had Ennio Morricone providing a

END_OF_DOCUMENT_TOKEN_TO_BE_REPLACED

It was three decades ago today that The Empire Strikes Back was released. Much has been written about what the movie did for the Star Wars trilogy as a cultural force (no pun intended), for sequels in general and so on. But let's not kid ourselves here: when Empire first came out, it was not seen as the masterpiece it is now. The New York Times gave this film - easily the most watchable of the three Star Wars movies - a largely negative write-up. But whatever the merit of such reviews nowadays,

END_OF_DOCUMENT_TOKEN_TO_BE_REPLACED

It is one of the greatest motion picture scores of all time. A suspense classic that immortalized its composer and director for all time. Arguably the most influential in its style. And, half a century later, has never been properly released on any format, ever. Psycho, Alfred Hitchcock's 1960 film, was a stunner from the get-go - not only unlike any film at the time, but unlike any in The Master of Suspense's lengthy career. The film starts out simply: a conflicted young woman steals a hefty

END_OF_DOCUMENT_TOKEN_TO_BE_REPLACED

Dirty Dancing is one of those movies that, on paper, should be a massive dud. It's a painfully by-the-numbers tale - rich girl becomes emotionally, culturally and sexually liberated by a dashing stranger and the art of (you guessed it) dirty dancing - but it is one of those movies that will not disappear from the public eye. And frankly, it's not hard to see why. Yes, as a story, Dirty Dancing is nothing special. But the production is something to behold. It immortalized its two young leads,

END_OF_DOCUMENT_TOKEN_TO_BE_REPLACED

[youtube=http://www.youtube.com/watch?v=teSmRfAtDOU] As a forgiving film fan, I was appalled by the recent news that 20th Century Fox was planning on remaking Commando, the 1985 action flick that became Arnold Schwarzenegger's first star vehicle after The Terminator the previous year. Hollywood's fascination with remakes is too well-known, but surely someone could have drawn a line with Commando. The film has Schwarzenegger as - what else? - a one-man wrecking crew named John Matrix determined

END_OF_DOCUMENT_TOKEN_TO_BE_REPLACED

Recent coverage of soundtracks on The Second Disc has been warmly received. To this end, we have added a the Friday Feature. Every Friday, you'll find some sort of article devoted to a soundtrack or film composer of merit. We hope you enjoy these trips through Hollywood's musical landscape! Our first Friday Feature deals with one of the oddest of the James Bond films. No, not Never Say Never Again (that's not really a Bond film, anyway). Licence to Kill was the second and final feature with