Rhino has announced its releases for this year's Record Store Day Black Friday event, to be held at local record shops everywhere on November 27.  The label will continue its box set series for the late John Prine, premiere an Alanis Morissette concert on vinyl, revisit a classic album from Lou Reed, reissue and expanded Motörhead's first recorded album on vinyl as well as CD, and more. Alanis Morissette - Live at London's O2 Shepherd's Bush Empire, 2020 (2 LPs) This acoustic concert from

END_OF_DOCUMENT_TOKEN_TO_BE_REPLACED

2020 has been a bit of a rollercoaster and Record Store Day 2020 is no exception: once scheduled in April, it moved forward a few months, and is now spread out across three Saturdays in the summer and fall. The Record Store Day Drop in August proved a success and round two, set for tomorrow, September 26, is sure to please fans of all genres and eras. It's a diverse list full of exciting releases that you can only find through your local brick-and-mortar record store (or through their online

END_OF_DOCUMENT_TOKEN_TO_BE_REPLACED

Rhino, the label that manages the catalogue of the Warner family of labels, has announced its upcoming Record Store Day releases.  A mouth-watering 29 titles will hit shops on April 18, available exclusively at brick-and-mortar locations.  These include the previously announced David Bowie titles; a rare live set from Alice Cooper; rarities from Jethro Tull; a box of John Prine's early albums; a set of core Notorious BIG records; BBC sessions from The Pogues, New Order, and Hawkwind; a

END_OF_DOCUMENT_TOKEN_TO_BE_REPLACED 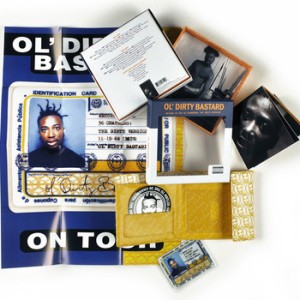 Indie label Get On Down Records is preparing a lavish deluxe reissue of Return to the 36 Chambers, the solo debut by late, iconic Wu-Tang Clan member Ol' Dirty Bastard. Almost no one could have predicted the meteoric success of the Wu-Tang Clan, upon the release of 1993's landmark Enter the Wu-Tang: 36 Chambers, a seminal East Coast hip-hop record that slow-burned its way to a million copies by 1995 and spawned definitive tracks like "C.R.E.A.M." and "Method Man." That said, the gritty,