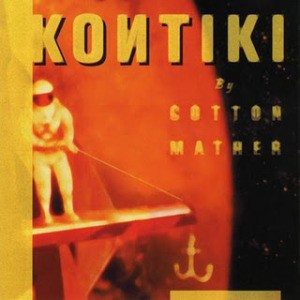 (Note: I was remiss by not initially thanking Thierry Côté for linking to this story on Twitter. Thanks!) In the early days of remasters and reissues, the best way for an album to get expanded was to be a critical and commercial success. As time went on, that thankfully wasn't always the case; reissues could serve as critical reappraisals or reminders of undersold gems by popular performers. Gradually, as the majors tightened their belts, independent labels were on hand to continue work on

END_OF_DOCUMENT_TOKEN_TO_BE_REPLACED

Here at Second Disc HQ, this author has had a nuanced take on digital downloading, particularly as it relates to catalogue music. The hard, fast rule I tend to hold myself to is this: if material is excessively difficult or impossible to find on CD, then it's fair game. The original mix of Billy Joel's Cold Spring Harbor? The excellent vinyl rips I've found in my travels will stay on my iPod until Legacy releases it officially. (And I will happily buy a copy that day!) On the other hand, I

END_OF_DOCUMENT_TOKEN_TO_BE_REPLACED 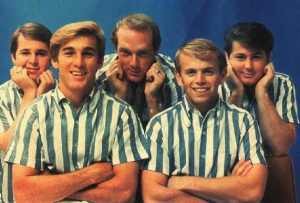 The story of The Beach Boys' 1967 SMiLE, often considered the greatest lost album of all time, has long been a story of heroes and villains. On February 3, the band's Al Jardine was a hero when he announced that SMiLE would finally be arriving in record stores everywhere later this year. The Second Disc duly passed this on before Jardine offered a bizarre quasi-retraction, likely at the behest of his record label, on February 14. Mastering engineer Steve Hoffman (who was worked with the Beach

END_OF_DOCUMENT_TOKEN_TO_BE_REPLACED

Here's a topic for discussion for you, our awesome readers, as we head toward the weekend. We're getting close to about a quarter-century or more since the box set entered the CD era. (Bruce Springsteen's Live 1975/85 and Bob Dylan's Biograph would be among the first great examples of such anthologies.) Lately, we've started to see a strange pattern of artists who received great early box sets getting revisited yet again in new sets. The next few months will see boxes devoted to Derek and The

END_OF_DOCUMENT_TOKEN_TO_BE_REPLACED 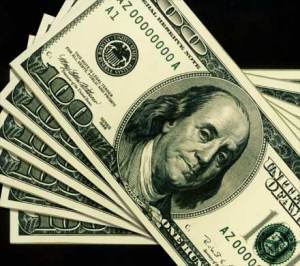 The revelation of The Rolling Stones' CD singles box set is pretty cool, and living proof that the catalogue music business is still thriving. It's a year that's given or will give us a box set of Danny Elfman's music for Tim Burton, all of Aretha Franklin's Columbia-era material and an enormous run-through of The Grateful Dead's European tour of 1972. But how much is all of this worth? The Stones set, when one converts from pounds to U.S. dollars, is nearly $300. How worth it is that for some

END_OF_DOCUMENT_TOKEN_TO_BE_REPLACED

When it comes to The Beach Boys, I've learned to take any news with a decidedly big grain of salt. But some "news" is just too good not to pass on. In an interview with Jeremy Roberts of Examiner.com, Al Jardine revealed that "Capitol Records plans to issue a Beach Boys version of 'Smile' [sic] sometime this summer to begin the celebration of The Beach Boys' [50th] anniversary." Could a release of the original "most famous unheard album in pop history" actually happen? When it comes to The Beach

END_OF_DOCUMENT_TOKEN_TO_BE_REPLACED

For catalogue fans, the announcement of the track listings for the upcoming Queen reissues was the hot story of the week. New versions of the band's first five albums, each expanded with a host of bonus tracks, are due in the U.K. in March as part of the band's new licensing agreement with Universal Music Group - and there's plenty of room on the fence, because many have taken a stand for or against the sets. To this writer, the track lists probably could have been better - but can't they all

END_OF_DOCUMENT_TOKEN_TO_BE_REPLACED

It's unsurprising and a bit morbidly hilarious to report, as Slicing Up Eyeballs did the other day, that reissues of My Bloody Valentine's shoegaze masterpieces Isn't Anything and Loveless have been delayed once again. The straight remastered discs are slated for release on March 14, pushed back from a prior date in January, itself part of a long line of releases that stretch back to June of 2008. These things better sound flawless. Veteran collectors: what other reissue/remaster/box set delays

END_OF_DOCUMENT_TOKEN_TO_BE_REPLACED 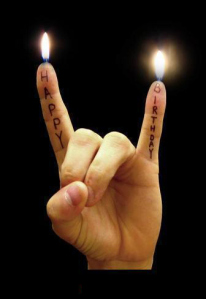 Exactly one year ago today, The Second Disc uploaded its first post, an assessment of the best reissues of the prior year. It was taken from my personal Facebook page, which I'd been posting thoughts on music and pop culture here and there for some time. I was a college graduate working in a part-time job I was not particularly fond of, in dire need of something to fill time. After some deliberating over what a blog about reissues and box sets - my favorite kind of music - should be called

END_OF_DOCUMENT_TOKEN_TO_BE_REPLACED

In a move that could be acutely felt by reissue enthusiasts, Gordon Anderson has stepped down from his post as Senior Vice President and General Manager of Collectors’ Choice Music, the label and mail order catalogue responsible for many of our favorite reissues. Collectors’ Choice recently launched the expansive Tartare line and the new Bing Crosby Archive Collection, reactivated the Cameo Parkway label, and released diverse fare from artists ranging from Perry Como to Jefferson

END_OF_DOCUMENT_TOKEN_TO_BE_REPLACED

You're probably wondering where Part I of The Year in Reissues is. Happily, the fine folks at Popdose have put my ramblings about the best reissues, box sets and other catalogue sets on their Web site. But there are plenty more good ones I wanted to shine the spotlight on after filing the story. So here's are five other notable catalogue sets to remember from the past year. And do share your opinions in the comments below, as always!

END_OF_DOCUMENT_TOKEN_TO_BE_REPLACED

As any music collector can tell you, buying box sets and reissues is an expensive hobby. It's not often that fans catch a break, either; outside of the occasional Cyber Monday deal before the holidays, prices on box sets rarely go down, unless you've found the right connections in the secondary market. So it's refreshing to see labels taking a nice step toward alleviating the financial crunch that comes with box set collecting. Fans of Sony and Legacy may have noted their recently-created Web

END_OF_DOCUMENT_TOKEN_TO_BE_REPLACED

[youtube=http://www.youtube.com/watch?v=E8gmARGvPlI] Here's a Christmas conundrum that's stumping this catalogue correspondent: are there more than two versions of WHAM!'s "Last Christmas"? A year ago this author bought a copy of The Essential NOW That's What I Call Christmas (UMG Recordings B0011941-02, 2008). Only this year did I open the disc and discover a mix of "Last Christmas," WHAM!'s perennial holiday chestnut, that I don't believe I've ever heard before. Most WHAM! fans can tell you

END_OF_DOCUMENT_TOKEN_TO_BE_REPLACED

Today being the first day of December, we're really entering the home stretch of another year. With that in mind, we present a neat little discussion topic for your perusal. With a new year creeping around the corner, there's going to be an inevitable crop of reissues coming our way next year. Billy Joel and Paul Simon are having their catalogues redone, and reissues from George Michael and Thin Lizzy are going to brighten up the bleaker months of winter. We can even expect offerings from Ozzy

END_OF_DOCUMENT_TOKEN_TO_BE_REPLACED

Well, we knew that already. But a quick note to all readers that also use Facebook: The Second Disc is there too! Located under the deceptively simple name "The Second Disc," you can now get all sorts of post updates and fun stuff from us there, too! Click the "like" button and consolidate your Internet experience today!

END_OF_DOCUMENT_TOKEN_TO_BE_REPLACED

A quick note on behalf of myself and Joe wishing you, the treasured reader, a happy Thanksgiving. We may fuss and gripe about reissues and box sets, mastering errors and badly packaged discs - but we are continually thankful for your patronage. We thank all who have read our work, told their friends, linked to us from other sites - cumulative hit counts are somewhere above 230,000 since starting in January, which is tremendous and exciting. We will be back tomorrow to provide you a reprieve

END_OF_DOCUMENT_TOKEN_TO_BE_REPLACED

Since our last post on The Tim Burton/Danny Elfman 25th Anniversary Music Box, a lot more dirt has been kicked up regarding the box, its limited availability and opinions thereof. It turns out that the "limited edition" of the box is very much like The Complete Elvis Presley Masters. (The only difference between editions of the Elvis set is one run has numbers, the other does not.) The first 1,000 copies of the Burton/Elfman set, it was semi-confirmed before all copies sold out, would have a

END_OF_DOCUMENT_TOKEN_TO_BE_REPLACED

If you check the official Web site of The Danny Elfman & Tim Burton 25th Anniversary Music Box, you'll notice that less than 100 copies of these $500-plus, mammoth box sets remain. That's not bad at all, for a box set of that price. So why, then, can you order the set on Amazon and Best Buy? Perhaps we're getting a bit ahead of ourselves here. When the box set was announced back in September, the big unanswered question (﻿as always﻿) was whether the limited, numbered run was the only

END_OF_DOCUMENT_TOKEN_TO_BE_REPLACED

By now you've probably heard "Breaking News," the lead track off of Sony's upcoming posthumous Michael Jackson compilation Michael. If not, listen to it at MJ's official site. Once you've listened to it, you may feel free to join the chorus of "wait, what?"s that have surrounded this song. The big question on everyone's mind is, of course, whether Michael's vocals are on that track or not. (Sony, naturally, says it is.) I've seen plenty of polls asking for reader input, and you'll see ours

END_OF_DOCUMENT_TOKEN_TO_BE_REPLACED

From the very beginning, the compilation record was at once a blind cash grab and an attempt at convenience. After a handful of years buying vinyl singles, what would be the point of buying a selection of those hits? Ah yes, the extra tracks were sometimes dealmakers. And if you'd never bought said hits, it was hard to beat a tightly packed compilation disc. Times have, of course, changed. Compilations should be rendered nearly obsolete by digital downloading; retailers like iTunes and Amazon

END_OF_DOCUMENT_TOKEN_TO_BE_REPLACED

It's no surprise that Legacy's intention to reissue the Billy Joel catalogue in 2011 has been met with a lot of enthusiasm and expectation. For better or worse, Joel has been one of the most intriguing artists in the American rock canon: he found success writing deceptively traditional pop songs in an AOR era, he performed them from behind a piano, he used that talent to springboard a relationship with one of the hottest supermodels in recorded history and - unlike nearly all of his

END_OF_DOCUMENT_TOKEN_TO_BE_REPLACED

It's no longer a snarky term to throw at indie bands that sign to a major label. Right now, "sellout" makes this author think of The Complete Elvis Presley Masters, Legacy's massive 30-disc box set devoted to The King of Rock and Roll. Several days ago, it was confirmed to have sold all 1,000 copies - a monumental achievement, if not a surprising one. Readers, we've seen a growing number of limited sets finding their way into our collective catalogue consciousness. The soundtrack world has been

END_OF_DOCUMENT_TOKEN_TO_BE_REPLACED 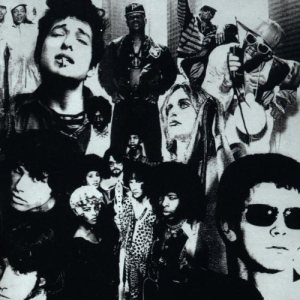 If you read The Second Disc regularly, or carry on any kind of regular conversation with me (and I do apologize if the latter is the case), you probably know enough about the ongoing saga of EMI's reissuing of the Duran Duran catalogue. On the same day as The Beatles remasters were announced, EMI also sent a release out detailing another one of their British all-boy pop bands, Duran Duran, would get their second (and arguably best) album, Rio, expanded to a two-disc set. This set would not only

END_OF_DOCUMENT_TOKEN_TO_BE_REPLACED

We kick off the weekend with a poll for you, dear readers: with the myriad of options coming up for Experience Hendrix/Legacy's upcoming Jimi Hendrix box set, West Coast Seattle Boy: The Jimi Hendrix Anthology, which one do you think you'll be picking up? Have fun voting! [polldaddy poll=3777262]