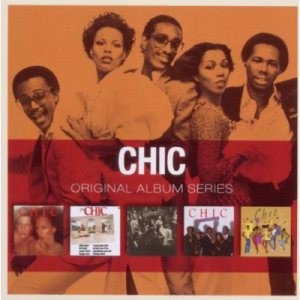 Ever feel like all the fancy bonus content and packaging on some reissues totally overshadows the music? Rhino's European division must've felt so, too: they released a handful of Original Album Series boxes a few weeks ago, featuring a lot of music with a minimum of frills and a relatively low price. The titles - five albums by one artist, housed in mini-LP cardboard sleeves and put into a box - are the ideal quick, easy discography builder for new fans or collectors with a few notable gaps on

END_OF_DOCUMENT_TOKEN_TO_BE_REPLACED

By the numbers, Randy Newman is the recipient of six Grammys, three Emmys and two Oscars (the latter out of a stunning 20 nominations).  Mr. Newman created "something new under the sun" with the 1968 release of his self-titled Reprise debut, after years honing his craft on staff at Metric Music.  At Metric, he wrote with Jackie DeShannon and in this early period provided songs for Dusty Springfield, Cilla Black, Nina Simone, Alan Price, Peggy Lee and so many others.  Ambitious concept albums and

END_OF_DOCUMENT_TOKEN_TO_BE_REPLACED

Before Abbey Road or Caribou, The Beau Brummels immortalized a famous recording studio as the title of Bradley’s Barn, their 1968 album for Warner Bros. Records.  The San Francisco pop-rock outfit had travelled to Nashville, Tennessee to record at Owen Bradley’s storied venue at roughly the same time their contemporaries, The Byrds, were on the other side of town cutting Sweetheart of the Rodeo.   Though the “Mr. Tambourine Man” and “Turn! Turn! Turn!” hitmakers beat the Brummels to the punch

END_OF_DOCUMENT_TOKEN_TO_BE_REPLACED

It may have been sheer coincidence that Ace dropped I’ll Do Anything: The Doris Troy Anthology 1960-1996 and Jackie DeShannon’s Come and Get Me: The Complete Liberty and Imperial Singles Volume 2 on the same day. But different though these two singers may be, their similarities are striking. Both were pioneering female songwriters, with Troy penning her biggest hit, “Just One Look,” and DeShannon offering up the likes of “When You Walk in the Room” and “Put a Little Love in Your Heart.” Both had

END_OF_DOCUMENT_TOKEN_TO_BE_REPLACED

This week's Friday Feature should come as no surprise. There's one movie on more minds than any other this week: Toy Story 3, the 11th effort by Disney's Pixar Animation Studios. Like the other films in the series, it promises to be a funny, adventurous and touching affair that adults will connect to as easily as kids. Like the others, it promises massive box office returns and universal acclaim (as of this writing, film review aggregator Rotten Tomatoes has not picked up a single negative