END_OF_DOCUMENT_TOKEN_TO_BE_REPLACED

This summer, you'll have good reason to be kinda krazy about the Kinks. U.K. magazine Uncut is reporting that the band is celebrating its 50th anniversary with a deluxe reissue series beginning on August 18. That's the date when the long-awaited 2-CD edition of 1970's Lola Versus Powerman and the Moneygoround, Part One will arrive in stores from BMG Rights Management (current owner of Sanctuary Records).The expanded edition of Lola is being shepherded by the noted producer, historian and Kinks

END_OF_DOCUMENT_TOKEN_TO_BE_REPLACED

For The Kinks’ first album with RCA Records, Ray Davies didn’t stray too far from the style which he had perfected.  Muswell Hillbillies, the band’s ninth studio album, was named after Muswell Hill, the area of North London that Davies and brother Dave once called home.  Like The Kinks’ classic Village Green Preservation Society before it, Muswell concerned itself with themes relevant to British life, wryly addressing working-class conditions and the changes affecting the populace.  Sanctuary

END_OF_DOCUMENT_TOKEN_TO_BE_REPLACED

Another Kinks-size box is on the way. Following the recent, well-received series of deluxe album reissues and the limited-edition Kinks in Mono box set, Universal U.K. and Sanctuary Records have announced the latest project celebrating the quintessentially English rockers.  Due on August 13, the 5-CD/1-DVD box set The Kinks at the BBC isn't the first survey of the band's BBC live recordings, but it's by far the most comprehensive.  It has been compiled from all of the existing recordings made

END_OF_DOCUMENT_TOKEN_TO_BE_REPLACED

Another Monday release date, ostensibly to get the jump on an abbreviated week with the Thanksgiving/Black Friday holiday! And it's another big week, to be sure. The Rolling Stones, Some Girls: Deluxe Edition (Rolling Stones/UMe) Whether you think it's the last truly great Stones album or not, it's hard to deny that this is the biggest of the deluxe releases this week. (That super-deluxe edition, with a bonus DVD and vinyl, doesn't disprove the notion, either.) Bob Seger, Ultimate Hits: Rock

END_OF_DOCUMENT_TOKEN_TO_BE_REPLACED

It's been a banner year for the Kinks.  Under the supervision of reissue producer (and Monkees guru!) Andrew Sandoval, Sanctuary and Universal U.K. have rolled out an impressive series of Deluxe Editions bringing together mono and stereo album versions, single and EP tracks and related ephemera from the Kinks' Pye Records heyday.  Now, that campaign has gotten a bit bigger in scope, with the announcement of The Kinks in Mono.  This new box set, due in the U.K. on November 29,  follows in the

END_OF_DOCUMENT_TOKEN_TO_BE_REPLACED

This weekend offered so much news that we couldn't wait to share it all with you!  From the first-time release of Dave Davies' "lost" 1969 album to Kritzerland's restoration of a classic Italian film score and Analogue Productions' new Pink Floyd SACD, we've got something for everyone to kick off the week! Why Pink Floyd?  EMI answered that question with the May 10 announcement of a stunning new reissue campaign for the legendary band.  Now, another component of that series is confirmed to be

END_OF_DOCUMENT_TOKEN_TO_BE_REPLACED

This year's deluxe reissues of The Kinks' first three LPs were among the more surprising and better-received catalogue projects in 2011. And the second wave of deluxe editions is on its way from Universal U.K.! Expansions of the band's Face to Face (1966), Something Else by The Kinks (1967) and Arthur (or the Decline and Fall of the British Empire) (1969) are due out June 20 with the usual features (mono and stereo mixes, non-LP singles, BBC sessions and other rare and unreleased goodies). Of

END_OF_DOCUMENT_TOKEN_TO_BE_REPLACED 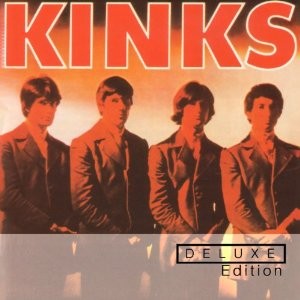 Those upcoming deluxe reissues of the first three Kinks LPs in the U.K. this April are coming to American record stores too! They've been set for April 12, one week after the British release date. (Thanks to MusicTAP for the tip!) Buried at the bottom of a press release touting the forthcoming Big Audio Dynamite reunion tour - no doubt spurred on in part by last year's pretty great deluxe reissue of their first album - there's a mention that Legacy is working with B.A.D. on more Legacy Editions

END_OF_DOCUMENT_TOKEN_TO_BE_REPLACED 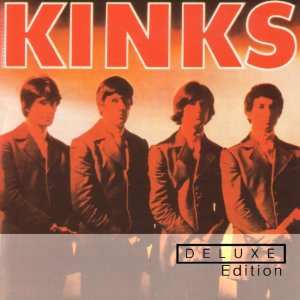 The other day we'd mentioned that The Kinks' first three U.K. albums were being expanded across the pond. Amazon's U.K. pages had track listings for the double-disc sets, but there wasn't much in the way of annotations. If a song popped up twice, was it an alternate mix? A live version? A demo? We didn't know, so we didn't say much. Now, U.K. site Spin CDs has put up track listings for Kinks, Kinda Kinks and The Kink Kontroversy, and while there's still a small bit of speculation to be had, the

END_OF_DOCUMENT_TOKEN_TO_BE_REPLACED

The magic numbers for reissues this year looks to be 40: we have no less than three different 40th anniversary sets with release dates in March. We've already mentioned the CD/DVD edition Bridge Over Troubled Water (1971) on that date. And the same day will see the release of the promised new deluxe editions of Derek and The Dominos' Layla and Other Assorted Love Songs (a remaster, a double-disc deluxe edition, a double vinyl edition, and a 4 CD/2 LP/1 DVD super deluxe box). And Amazon is

END_OF_DOCUMENT_TOKEN_TO_BE_REPLACED

Anyone worried about last year's report on the seeming demise of Rhino Entertainment can rest a little easier. Not only are they still afloat, but Rhino handmade, their specialty boutique arm, is actually offering a poll to bring back into print one of several limited edition sets. Speaking of Rhino, there are a few neat new online-only titles up for sale. There's Rod Stewart's Once in a Blue Moon, a semi-"lost" album of covers intended for release in 1993; an exhaustively comprehensive Wilson