When Dionne Warwick signed on the dotted line with Warner Bros. Records, the possibilities must have seemed endless.  The singer had embraced change, after all.  A new decade was in its infancy.  She had traded a feisty New York independent (Scepter) for a Burbank giant.  She had even added an "e" to her surname on the advice of an astrologer.  And although the exact amount wasn't disclosed, Warwick had reportedly signed the biggest deal ever for a female vocalist.  What didn't change, at least

END_OF_DOCUMENT_TOKEN_TO_BE_REPLACED

The first voice you’ll hear on My Music: Burt Bacharach’s Best, now airing on PBS stations nationwide, is that of The Maestro himself.  “What’s it all about, Alfie?,” he sings in his familiar, quavering tone, finding the fragility in the Hal David lyric that he calls his favorite.  Then comes “What the World Needs Now is Love,” sung by its composer with an assist from that International Man of Mystery, Austin Powers (Mike Myers).  It’s appropriate that the solo Bacharach introduces this

END_OF_DOCUMENT_TOKEN_TO_BE_REPLACED

Burt Bacharach has been speaking through his music for the past 60+ years, since his very first recorded composition,“Once in a Blue Moon,“ appeared on Nat “King“ Cole’s Penthouse Serenade in 1952.  But today, Bacharach is speaking in his own voice with the publication of his first-ever memoir, Anyone Who Had a Heart: My Life and Music.  Co-written by Robert Greenfield (Ahmet Ertegun biography The Last Sultan), the book has been described by Kirkus Reviews as “illuminating and gritty“ while

END_OF_DOCUMENT_TOKEN_TO_BE_REPLACED 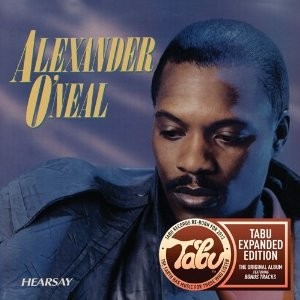 END_OF_DOCUMENT_TOKEN_TO_BE_REPLACED

Today’s Short Takes looks at a variety of upcoming releases with one thing in common: great vocalists in the tradition of the Great American Songbook! First up, let's take a look at an album of new recordings from a favorite reissue label.  One genre has never been enough to contain the musical restlessness of Willie Nelson.  The country legend and honky-tonk hero created his own standards with his early songs such as “Crazy” and “Funny How Time Slips Away” before paying tribute to the Great

END_OF_DOCUMENT_TOKEN_TO_BE_REPLACED

Sexual liberation only goes so far… So went the tagline of director Armenia Balducci’s 1979 film Amo non amo.  When the Italian drama starring Jacqueline Bisset, Maximilian Schell and Terence Stamp was slated for U.S. release, though, the decision was made to replace the score by Italian prog/symphonic “horror rock” band Goblin with a new, more accessible soundtrack.  Burt Bacharach was tapped, and the Oscar-winning composer went far in lending an American flavor to the film, retitled for the

END_OF_DOCUMENT_TOKEN_TO_BE_REPLACED

Carole Bayer Sager knew "that's what friends are for" long before she wrote the song of the same name. The former Carole Bayer was already a hitmaking lyricist before graduating high school, thanks to the Mindbenders' No. 2 hit "A Groovy Kind of Love." The song was written by Bayer and Toni Wine before both women hit the ripe old age of 18. Following more hit tunes with the likes of the Monkees and Neil Sedaka, and even a Broadway musical (1970's Georgy, with music by George Fischoff), she

END_OF_DOCUMENT_TOKEN_TO_BE_REPLACED

Were there a competition to crown Most Striking Album Cover of 2012, Dionne Warwick might win it hands-down for the image adorning Now, the singer's new album due on October 30 internationally and November 6 in North America.  Now is a celebration of Warwick's 50 years in music, looking back on a solo career that began in 1962 with Burt Bacharach and Hal David's "Don't Make Me Over."  That song soared to No. 21 Pop/No. 5 R&B, setting Warwick on a course that would see her place more than 50

END_OF_DOCUMENT_TOKEN_TO_BE_REPLACED

What's it all about? For Hal David, it was about dedication to his craft, a tireless commitment to songwriters' rights and a desire to bring the world a message of love, sweet love - a sentiment that's never gone out of fashion.  The Oscar, Grammy and Gershwin Prize-winning lyricist and former president of performance rights organization ASCAP passed away on September 1.  He left behind a world made immeasurably richer by his gift of song.  Hal David's turns of phrase in songs like "Raindrops

END_OF_DOCUMENT_TOKEN_TO_BE_REPLACED

Although Burt Bacharach had been composing songs at least since 1952, when he kicked off a long career with the instrumental “Once in a Blue Moon” for Nat “King” Cole, the Burt Bacharach “sound” didn’t truly crystallize until the early 1960s.  Prior to his reshaping of the sound of adult R&B, Bacharach teamed with a variety of lyricists to craft songs in virtually every genre imaginable: rock-and-roll, rockabilly, country, pop balladry, jazz, even the novelty song.  Naturally, the earliest

END_OF_DOCUMENT_TOKEN_TO_BE_REPLACED

Today, London’s Dominion Theatre is home to We Will Rock You, a tongue-in-cheek “jukebox musical” featuring the music of Queen.  That show is currently celebrating its 10th year at the Dominion, but even before the “Bohemian Rhapsody” chaps came to town, the Dominion was no stranger to mega-musicals from rock stars.  In 1986, Dave Clark of the Dave Clark Five put his name above the title of a lavish spectacle called Time.  Clark collaborated on the musical’s book and lyrics with David Soames;

END_OF_DOCUMENT_TOKEN_TO_BE_REPLACED

Great catalogue music often arrives in the unlikeliest of places.  Universal Music Classics and Jazz’s German division has created the budget Jazz Club label, celebrating artists from the various labels under the Universal umbrella.  And though its titles may not be available at your local shop, they’re well worth seeking out, offering plenty of material not available elsewhere.  Two of the most recent Jazz Club releases are of a particularly rare vintage.  Wir Lieben Bacharach! collects 18

END_OF_DOCUMENT_TOKEN_TO_BE_REPLACED

What's it all about, Cilla? Though "Alfie" and "Anyone Who Had a Heart" are very much the property of Ms. Dionne Warwick in the United States, Liverpool's Cilla Black can fairly stake claim to them across the pond.  Born Priscilla Maria Veronica White, the protégé of Brian Epstein and close Beatle pal scored a string of beloved hit singles at the height of Swinging London, though her profile has long remained under the radar in America.  Well, not if The Second Disc has anything to say about

END_OF_DOCUMENT_TOKEN_TO_BE_REPLACED

Seven James Bonds at Casino Royale/They came to save the world and win the gal at Casino Royale!  Six of them went to a heavenly spot, the seventh one is going to a place where it’s terribly hot… Hal David’s lyric captures just a small fraction of the insanity of Charles K. Feldman’s 1967 Casino Royale, the big-budget comic extravaganza that was “too much…for one James Bond!”  And so, David Niven as James Bond was joined by 007s of all shapes and sizes (and genders!), and even by his nephew,

END_OF_DOCUMENT_TOKEN_TO_BE_REPLACED

If you see me walking down the street, and I start to cry…or smile…or laugh...there’s a good chance I might be listening to a song by Burt Bacharach.  Since beginning his songwriting career with 1952’s instrumental “Once in a Blue Moon” as recorded by Nat King Cole, Bacharach has provided the soundtrack to many of our lives, often in tandem with lyricist Hal David.  (Their first collaborations date to 1956, including The Harry Carter Singers’ “Tell the Truth and Shame the Devil,” and Sherry

END_OF_DOCUMENT_TOKEN_TO_BE_REPLACED

On March 25, 2012, Aretha Franklin will turn 70 years old.  That hardly means she's ready to slow down, however.  2011 found the Queen of Soul looking trim and sounding vibrant as she returned to the concert stage and released a new studio album.  Surely her landmark birthday will be celebrated with countless airings of her 1960s golden hits like "Respect," "Natural Woman" and "Chain of Fools."  But Legacy Recordings and Arista Records are seeing to it that a latter-day hitmaking period for the

END_OF_DOCUMENT_TOKEN_TO_BE_REPLACED

Well, Week 2 of Second Discmas is in high gear, and here at Second Disc HQ, we can't get enough of the great music of the silver screen and the Great White Way!  Today, we're sharing the immortal music of Hollywood and Broadway with you! Thanks to our fantastic friends at Kritzerland, we have two amazing prize packs for you today! Our "Screen" pack is a triple-threat of soundtrack classics, including two from the legendary Elmer Bernstein!  From Bernstein's pen comes the Original Soundtrack

END_OF_DOCUMENT_TOKEN_TO_BE_REPLACED

UPDATE 10/6: We're just a few short weeks away from the release of Goin' Back: The Definitive Dusty Springfield, a super deluxe box set by any standards.  With its four CDs, three DVDs and two hardback books, Goin' Back may be the ultimate holiday gift for the Dusty diehard.  Of its 92 audio tracks, 22 are previously unreleased, 10 are making their U.K. debut and five are appearing for the very first time on CD.  Of its 98 video performances, a full 32 are premiering on DVD. But if Goin' Back

END_OF_DOCUMENT_TOKEN_TO_BE_REPLACED

Have you ever dreamed of a place far away from it all?  Where the air you breathe is soft and clean, and children play in fields of green?  And the sound of guns doesn't pound in your ears anymore? Hal David's lyrics expressed a sentiment shared by many of the optimistic generation who hadn't yet felt their ideals vanquished by the reality of Vietnam and growing dissension under the White House of President Richard M. Nixon.  David's words were captivatingly sung by folk artist Shawn Phillips,

END_OF_DOCUMENT_TOKEN_TO_BE_REPLACED

Burt Bacharach turns 83 today on May 12, 2011, and we've got some news to celebrate! "Pussycat, pussycat, I love you..." Chances are you can sing along to the hip-swiveling melody of those lyrics, sung by Tom Jones and written by Burt Bacharach and Hal David for the 1965 film comedy What's New Pussycat?. But raise your hand now if you remember the sequel! Five years after the success of the original film, United Artists released Pussycat, Pussycat, I Love You, a half-sequel, half-remake moving

END_OF_DOCUMENT_TOKEN_TO_BE_REPLACED

A couple of weeks back, Mike filled you in on the track listings for Sony's upcoming slate of Playlist releases.  This eclectic bunch - including Muddy Waters, Dave Brubeck, Janis Ian and the Psychedelic Furs - hits stores next week on May 10.  Only one title's track listing proved elusive, and now we can reveal that, too.  Most happily, it's worth the wait.  Playlist: The Very Best of Dionne Warwick is, like many of the titles, an odd collection.  It's not a "greatest hits" but more a random

END_OF_DOCUMENT_TOKEN_TO_BE_REPLACED

Fate works in mysterious ways.  Dionne Warwick was home one evening, half-asleep while the 1982 film Night Shift played on her television set.  “I didn’t really pay attention to the names that were going up on the credits,” Warwick recounted, “but I knew that was Burt Bacharach’s melody.  There was no way in the world it could be anybody else’s.”  She was speaking of “That’s What Friends Are For,” an all-but-forgotten song written for the 1982 film Night Shift, Ron Howard’s major big screen

END_OF_DOCUMENT_TOKEN_TO_BE_REPLACED

It may have been sheer coincidence that Ace dropped I’ll Do Anything: The Doris Troy Anthology 1960-1996 and Jackie DeShannon’s Come and Get Me: The Complete Liberty and Imperial Singles Volume 2 on the same day. But different though these two singers may be, their similarities are striking. Both were pioneering female songwriters, with Troy penning her biggest hit, “Just One Look,” and DeShannon offering up the likes of “When You Walk in the Room” and “Put a Little Love in Your Heart.” Both had